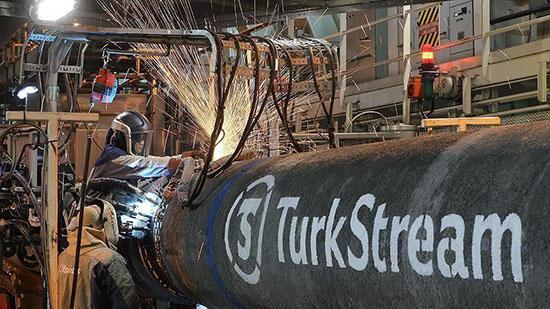 Serbia has taken delivery of the pipes it will use to construct its section of the TurkStream pipeline to carry Russian natural gas to Europe, the country’s energy minister said on May 21.

Roughly 7,000 tons of pipes arrived on May 20 with some 50,000 tons more are expected to be delivered by December when the project is scheduled to be completed, Alexander Antic told a televised interview.

“Serbia becomes a transit country and it will generate revenues from it. The pipeline will enable further reindustrialization of the country,” said Antic.

He said both foreign and national companies are taking part in the construction of the pipeline section from the Bulgarian border to the frontier with Hungary.

Antic said Serbia does not expect to face any financial dire straits in funding the construction of the 403-kilometer conduit.

The TurkStream is a project which will carry Russian gas via a pipeline under the Black Sea bypassing Ukraine and onward through Bulgaria, Serbia, and Hungary.

The TurkStream project consists of two lines across the Black Sea, the first of which will serve Turkey with a capacity of 15.75 billion cubic meters, while the second line is planned to serve Europe. Each pipeline is 930 kilometers in length, laid at depths reaching 2,200 meters.

The project is the biggest-diameter offshore gas pipeline in the world laid at such depths. The deep sea pipe-laying was carried out by Pioneering Spirit, the world’s biggest construction vessel.