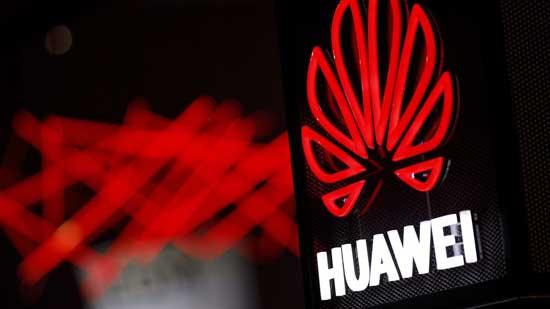 Faced with opponents along the political spectrum, tech needs a new way to emphasize its importance to the country, and the challenge of China could be that organizing narrative.

The two biggest geopolitical rivals in the world have begun to land blows in the battle to control the world’s most important consumer technologies: the next-generation wireless internet and the mobile devices that will use it.

Last week, Donald Trump’s administration placed Huawei on a blacklist, which makes it difficult for American companies to do business with the Chinese smartphone and network-equipment maker. American intelligence officials have openly worried that Huawei’s equipment could and would be compromised by Chinese intelligence officials. How the ban might actually intersect with the world’s deeply interwoven technological systems is still unclear, especially after the announcement of a temporary reprieve. But in the most recent major development, Google will cut off some of Huawei’s access to its mobile operating system, Android, according to reports.

Step back from the details of the back-and-forth—of intelligence-official whisper campaigns, delicate negotiations and smoke signaling between Western allies, Canadian officials detaining Huawei’s CFO (who is also the founder’s daughter), and complex corporate-espionage schemes—and look at the bigger contours of the fight. Huawei calls what’s happening a “well-coordinated geopolitical campaign,” and it may well be right.

Huawei’s connections to the Chinese military and state-security apparatus have raised the hackles of American intelligence officers and politicians since 2005, when a congressional report noted that “industrial espionage is an active tool of China’s strategy for technological development.” So why is this story blowing up now?

The easy answer is to look at Huawei itself. The company has shown tremendous growth and innovation capability, becoming the market leader in some types of wireless-infrastructure equipment. Wireless infrastructure is more important than it used to be, too.

But there is an American side to this battle over control of the global internet infrastructure—and it’s not purely based in security concerns. Beginning six years ago, when Edward Snowden revealed the extent of American internet surveillance, and then through the downward spiral of trust in Facebook, accelerating in the aftermath of the 2016 election, and expressed most purely in recent antipathy toward Uber, the tech industry is no longer America’s darling. There was a tech mythology centered on the salutary power of innovation, and it collapsed.

Now, no matter what your politics, it’s good politics to punch the tech industry. Some Democratic presidential candidates are pushing to break up big tech companies, and President Trump is collecting social-media grievances.

So what’s a highly profitable industry to do?

American tech needs a new narrative about its importance to the nation, and there is no better position for the companies than as the stalwart defenders against our greatest geopolitical rival, China. The greater the frenzy about Huawei and the Chinese tech challenge, the better for a challenged industry.

The Chinese threat helps the tech industry answer tough questions that have been raised about its impact on Western democracies.

Worried about tech’s surveillance of your everyday activities? Well, the Chinese have an even more invasive surveillance system.

Don’t like the (near-)monopolistic position that tech companies have in their core markets? If you hurt American Big Tech, you’re only opening up the field for Chinese entrants.

Want to break up Facebook? Its toughest challenger since Snapchat, the beloved new social-media app TikTok, is owned by a Chinese company, ByteDance.

Want to ratchet up the congressional pressure on tech companies to give far-right viewpoints stronger oversight? Tech can point to the Chinese government, which is known to censor and shape political discourse online, as a kind of anti-pattern, the bottom at the end of the interventionist slippery slope.

American power players love nothing more than a hegemonic challenge to catalyze and justify their actions.

For most of the post–World War II era, much of scientific and technological development has been routed through the lens of the Cold War. Historians have shown how it warped priorities in fields as disparate as biomedicine and oceanography, and, of course, in the DARPA-backed development of the networking technologies that turned into the internet.

There is certainly some truth to the threat the United States faces from Chinese competitors backed by their country’s resources. But the reason this story will dominate headlines for the foreseeable future is not the underlying reality of the Chinese position in technology, but its political utility for politicians and CEOs alike.