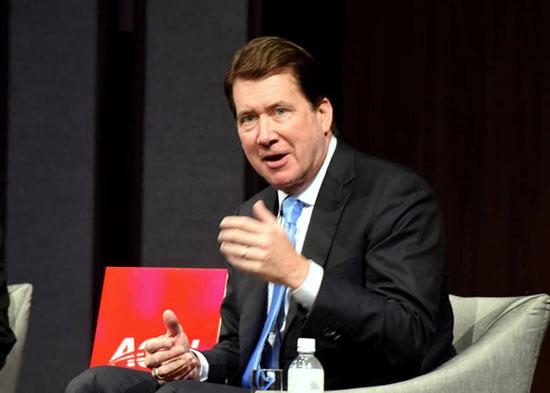 In a speech in Tokyo, Hagerty said he hopes “significant progress” toward a deal will be made at a summit between Trump and Prime Minister Shinzo Abe in Tokyo on Monday.

Hagerty said the timing of a deal is up to negotiations between fiscal and economic policy minister Toshimitsu Motegi and U.S. Trade Representative Robert Lighthizer.

The ambassador said the U.S. agriculture and livestock industry has fallen into a disadvantageous position in trade with Japan since the 11-country TPP free trade agreement that took effect in December last year. Trump pulled the U.S. out of the TPP.