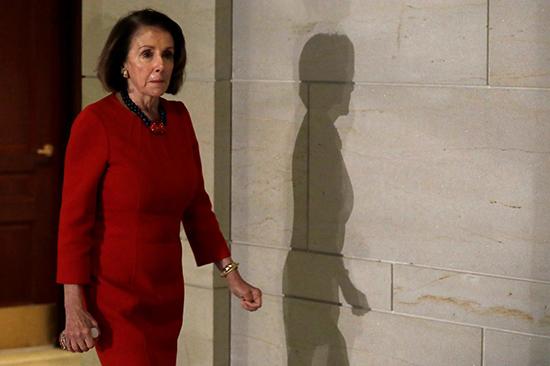 “I still remember, maybe some of you do, as well, when Democrats actually cared about issues like the abuse of government authority, the overreach of the surveillance state, the presumption of innocence. But all of that went out the window, all of those principles, when key figures in the Obama DOJ became obsessed to their core, every fiber of their being, with taking out Trump,” Ingraham said on “The Ingraham Angle,” referencing the investigation into the origins of the Russia probe.

Shortly before a meeting to discuss infrastructure with Trump Wednesday Pelosi accused the president of engaging in a “cover-up” prompting the president to cut the meeting short and call for Democrats to end their investigating during a Rose Garden presser.

Ingraham says those comments by Pelosi and her actions afterwards probe that Democrats are do not plan to do anything except stall the president’s agenda.

“That move naturally infuriated the president, and it revealed once and for all that the Democrats are uninterested in actually working with the president to solve problems. Their sole goal, to stall his agenda through 2020. The people be damned,” Ingraham said.

“I am now convinced that these are just totally unserious people up on Capitol Hill. They are more interested in grandstanding in the Democrat party than doing almost anything constructive for the people who put them there into office,” Ingraham said.

Ingraham touted the president’s work despite the opposition and criticized Pelosi for not working.

:”Think about Trump. Despite everything he has been through, investigations, all the accusations he was a traitor, he was working with Putin, all of these ridiculous charges. He pushed through policies that have revved up this economy that have resulted in increased wages, stoking manufacturing jobs, consumer confidence way out. And meanwhile, what has Pelosi actually accomplished?” Ingraham said.

China has no reason to fear US suppression: Global Times editorial