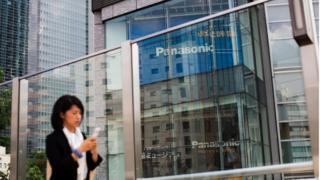 Japan’s Panasonic said it was halting business with Huawei to comply with US restrictions, dealing a fresh blow to the Chinese telecoms firm.

Last week the US put Huawei on a list of companies that American firms cannot trade with unless they have a licence.

The ban applies to goods having 25% or more of US-originated materials, according to reports.

The restrictions mark an escalation in US efforts to block Huawei, which it says poses a security risk.

“Panasonic announced in [an] internal notification that it should suspend transactions with Huawei and its 68 affiliates that were banned by the US government,” the firm said in a statement.

Last week the Trump administration added Huawei – the world’s second largest smartphone maker – to its “entity list” which bans the company from acquiring technology from US firms without government approval.

The firm’s founder Ren Zhengfei has downplayed the impact of US curbs on Huawei, but early signs suggest the fallout could be significant.

Google has barred Huawei from some updates to the Android operating system, meaning new designs of Huawei smartphones are set to lose access to some Google apps.

Japan’s Softbank and KDDI have both said they will not sell Huawei’s new handsets for now.

UK-based chip designer ARM told staff it must suspend business with Huawei, according to internal documents obtained by the BBC.

The US moves come as tensions with China have escalated in recent weeks.

Earlier this month, the US reignited its trade war with China by hiking tariffs, just as both sides seemed to be nearing a deal.

Huawei has been at the epicentre of the US-China power struggle for months.

Led by the US, the firm faces a growing backlash from Western countries over possible risks posed by using its products in next-generation 5G mobile networks.

The US argues the Chinese government could use Huawei products for surveillance.

Huawei denies such claims and says it is independent from the Chinese government.