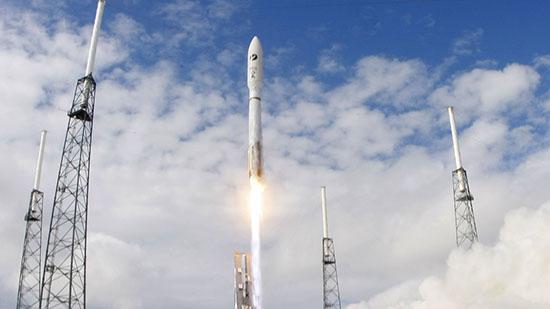 Elon Musk’s SpaceX is taking the US government to court over what it claims was an “arbitrary and capricious” move to favor its rivals, including Jeff Bezos’ Blue Origin, with multimillion contracts and turn down SpaceX’s bid.

The lawsuit, a redacted version of which was released on Wednesday, claims that US Air Force catered to the needs of the nation’s largest and longtime spacecraft launch service provider United Launch Alliance (ULA) when it awarded lucrative contracts to the ULA and two other competitors. This gave the ULA, which itself a joint venture between Lockheed Martin and Boeing, an unfair advantage, the lawsuit alleges, since the other two favored companies – Blue Origin owned by Elon Musk’s rival billionaire Jeff Bezos, and Northrop Grumman – both produce “major components” for the ULA.

Blue Origin is developing an engine for the ULA’s Vulcan Centaur rocket, while Northrop is in the process of producing a rocket booster to propel the Vulcan into space.

The Air Force contracts were awarded as part of the cost-sharing arrangement under a  Launch Service Agreement [LSA] and will see Blue Origin pocketing $500 million and Northrop Grumman $762 million. The ULA emerges as the biggest beneficiary of the scheme, having secured $967 million in US government funds.

Accusing the US government of violating “requirement competitive procedures” by leaving Elon Musk’s SpaceX out in the cold, the lawsuit takes aim at the technical details of the favored trio’s bids, alleging that they failed to produce any proof that their ‘paper rockets’ will ever fly.

The rockets outlined in the ULA, Blue Origin and Northrop’s bids, are still “unbuilt” and “unflown” in contrast to SpaceX rockets like the Falcon and the Falcon Heavy. The complaint argues that it is unlikely the “three unproven rockets” will be ready in time for the scheduled first launches in 2022.

SpaceX argues that while it planned to use the Falcon and the Falcon Heavy for the “vast majority (if not all)” missions, the Air Force Space and Missile Systems Center focused exclusively on the risks associated with its Starship rocket that is still in development and was slated to be used in “one or two” launches after 2025. According to SpaceX, its bid received “a high risk rating” only because of Starship, “a capability the Agency will not need until September 2025 at the earliest,”with the US Air Force “unfairly” casting a blind eye on all other merits of its bid.

The completion was initially aimed to diminish the US’ dependence on the Russian-built RD-180 rocket engines that have been used to power the first stages of the ULA’s Atlas carrier rockets since the early 2000s. The Russian-made engine has been used in over 75 launches across the US, receiving lavish praise from none other than Musk himself, who called its design “brilliant” and “a powerful combination of innovation and performance.”

In its lawsuit against the Air Force, SpaceX argues that proposals by its competitors are unlikely to offer a viable replacement for the RD-180, since the terms of the bid allegedly allow them to offer substitutes in case their vehicles are not up to the mark – and, in case of the ULA, it would be the same RD-180 powered Atlas V.

“There should be no doubt that ULA … will propose to use ULA’s Atlas V as their ‘secondary launch vehicles,” the lawsuit alleges.

In response to the lawsuit, the trio of winners filed motions asking to be made a part of the litigation, arguing that it affects their interests. This would allow the US government to use the companies’ data and documents to reinforce its position.