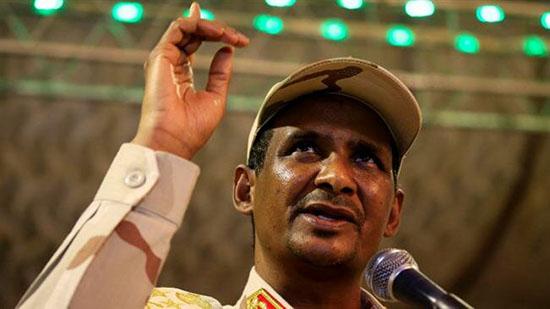 Sudan’s military says it wants to cede power to a democratically-elected government as soon as possible.

On April 11, the Sudanese military overthrew and then imprisoned 75-year-old president Omar al-Bashir after some four months of widespread protests against him over dire economic conditions and the soaring prices of basic commodities. Bashir himself had come to power through a military coup in 1989.

However, they have failed so far to reach an agreement with an alliance of protest and opposition groups — collectively known as the Alliance for Freedom and Change (AFC) — on procedures concerning the formation of an interim government.

The alliance, backed by the Sudanese people, insists that a civilian-led sovereign body, rather than the current military council, be formed to govern the country during a three-year transition period.

“We got tired. We want to hand over power today not tomorrow,” said General Mohamed Hamdan Dagalo, the deputy leader of the TMC, in an interview with Egypt’s state newspaper Al Ahram published on Wednesday.

His comments came just a day after the latest round of talks between the two sides was adjourned with no new date set for the next round.

However, Dagalo, who is widely known as Hemedti and leads Sudan’s feared paramilitary Rapid Support Forces (RSF), said the military was impatient for finding a solution and a way out of the current impasse.

“Members of the military council are not politicians and we are waiting for the government to be formed,” he added.

The 44-year old general, who is the second most powerful man in Sudan right now, added that judicial proceedings against Bashir and some of his allies were underway. “Until now, we have arrested 25 regime figures and we are preparing the files for their charges.”

On Tuesday, Sudan’s Sudanese Professionals Association (SPA), an opposition group that spearheaded four-month-long anti-government demonstrations, called for a general strike, saying the military was still insisting on directing the transition and keeping a military majority on the council.

Later on Tuesday, however, a video clip of Dagalo was widely circulated on social media in which he warned that those who go on strike could lose their jobs.

Dagalo’s RSF conducted a series of counter-insurgency campaigns in Darfur and other restive provinces during the past couple of years. The paramilitary force is accused by rights groups of using brutal tactics under Dagalo’s command.