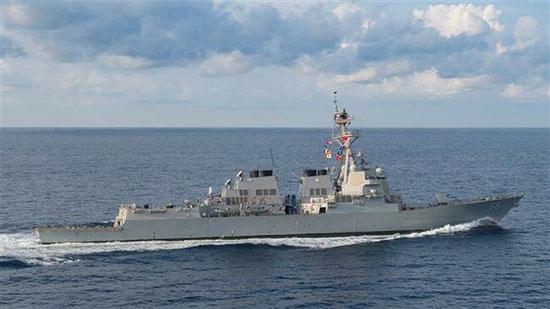 The US military says it has sent two Navy ships through the strategic Taiwan Strait, in yet another move certain to irritate Beijing, which claims sovereignty over self-ruled Taiwan.

Citing a US military spokesman, Reuters reported on Wednesday that the destroyer Preble and the Navy oil tanker Walter S. Diehl had made the passage by sailing from south to north through the 180-kilometer-wide strait, which divides the self-governing island from mainland China.

“The ships’ transit through the Taiwan Strait demonstrates the US commitment to a free and open Indo-Pacific,” said a statement from Commander Clay Doss, a spokesman for the US Navy’s Seventh Fleet, adding that there had been “safe and professional” interactions during the transit.

Taipei views such US military measures as a sign of support amid its tensions with Beijing.

The Taiwanese Defense Ministry confirmed the sailing and said Taiwan’s armed forces had monitored the transit and nothing out of the ordinary had happened.

The ministry also said US ships were free to sail through the Taiwan Strait as part of their “strategic Indo-Pacific tasks.”

There was no immediate reaction from China.

Beijing frequently objects to the movement of foreign military vessels in the strait based on its territorial claim on the self-governed island. Last month, Beijing complained to France after a French warship entered Chinese territorial waters while passing through the Taiwan Strait.

But the US is the country that sends the most ships to the strait. The US has sent warships sailing through the Taiwan Strait at least once a month since the start of this year.

The US — like almost all world countries — recognizes Chinese sovereignty over Taiwan under the “One China” policy, but it also challenges that sovereignty with the sailings, and other activities, in an attempted bargain against Beijing.

Washington has no formal diplomatic relations with Taipei by law, but remains the island’s largest weapons supplier and an international backer of Taiwanese president Tsai Ing-wen’s government. According to the Pentagon, Washington has sold Taiwan more than 15 billion dollars in weaponry since 2010.

Last year, US President Donald Trump signed legislation, known as the Taiwan Travel Act, into law, which allows high-level Taiwanese officials to enter America “under respectful conditions” to meet with US officials, while American officials from all levels would be allowed to travel to the island to meet their Taiwanese counterparts.

China, which has long suspected that Tsai wants to push for formal independence, regularly warns that Taiwan is the most sensitive issue in its ties with Washington.

Chinese President Xi Jinxing warned earlier this year the use of force would remain an option for Beijing to bring Taiwan back under Chinese control.