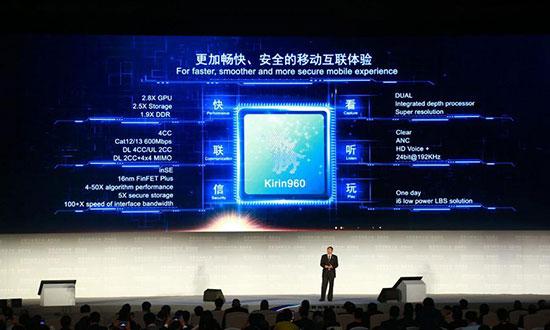 China’s flagship technology giant Huawei is having a bad week, and it just got even worse.

After the US decision to place the Chinese telecommunications equipment maker on an export blacklist, UK-based semiconductor designer ARM has suspended business dealings with the firm.

An internal ARM company memo told employees to halt “all active contracts, support entitlements, and any pending engagements” with Huawei because of the “unfortunate situation,” as first reported by the BBC.

The memo cited “US-origin technology” contained in ARM designs as a reason for the decision.

Most smartphone makers rely on ARM processing architecture designs for the chips that power their devices. That is true for Huawei, which teamed up with ARM to design its advanced Kirin chips. According to the BBC, Huawei’s semiconductor unit, HiSilicon, will still be able to produce its current Kirin chip and the soon-to-be-released Kirin 985, but the prospect for future designs is uncertain.

ARM, which is now owned by Japan’s SoftBank, said in a statement that it was “complying with all of the latest regulations set forth by the US government.”

Huawei released a statement of its own acknowledging the pressure that has been heaped on partner firms, while calling the US action “politically motivated.”

“We value our close relationships with our partners, but recognize the pressure some of them are under, as a result of politically motivated decisions. We are confident this regrettable situation can be resolved and our priority remains to continue to deliver world-class technology and products to our customers around the world,” the release said.

The blow to Huawei came after the news earlier this week that Google was suspending some Android services to the embattled tech giant. Huawei’s handsets, which overtook Apple last year to become the second-most-sold smartphones behind Samsung’s, still rely on the Android operating system, though the company has been developing a first-party alternative.