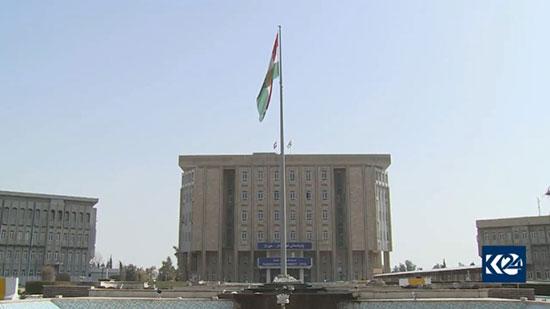 ERBIL (Kurdistan 24) – The Kurdistan Region’s parliament will soon hold a session to elect a candidate to the recently-reactivated post of the regional presidency, a lawmaker said Thursday.

Lawmakers will convene “next week” to vote in the region’s next president, MP Zana Khalid told Kurdistan 24 on Thursday. Khalid is a member of the Kurdistan Democratic Party’s (KDP) caucus in the legislature.

It has been almost eight months since the Kurdistan Region held its parliamentary election on Sept. 30, with the KDP securing 45 seats in the 111-seat legislature. The Patriotic Union of Kurdistan (PUK) and Gorran came in second and third place with 21 and 12 seats, respectively.

The presidential candidates are incumbent Prime Minister Nechirvan Barzani, Umed Abdulsalam Qadir, Mohammed Hama-Salih Omar, Rebwar Aziz Mustafa, and Hiwa Abdullah Khidir. Resumes for all five will be officially handed over to parliament for lawmakers to review at least 48 hours before the vote is to take place.

The nominations came after lawmakers approved a draft bill on May 8 entitled, “The Reactivation of the Office of the President of the Kurdistan Region – Iraq and Amending the Method of Electing the President till the Ratification of a Constitution.”

The key provision in the new law outlines how the president is to be elected. Until now, the position was chosen directly by the people through a popular vote. The amendment, however, changes the mechanism and instead hands the vote to the parliament, where the winner must achieve a 50+1 majority.

Once lawmakers elect a candidate, the presidential office will be inaugurated for the first time since its suspension in late 2017. According to Khalid, this will take place following the post-Ramadan holiday of Eid Iftar which will conclude in the first week of June.

The leading KDP previously stated that Nechirvan Barzani is their sole candidate for the post of the regional president, who it is expected will secure roughly 90 votes due to agreements his party has signed with the PUK and Gorran, as well as additional smaller minority parties.

Following this, the new president is charged with calling on the largest parliamentary coalition to present their nominee for the post of the next regional prime minister, for which the KDP favors incumbent security chief Masrour Barzani. He would then be required to form a cabinet within a month from being approved by parliament.

In November 2017, then-President Masoud Barzani announced he would end his already-extended term in the aftermath of the referendum on independence and as Kurdish parties failed to agree on a date for regional elections. Since then, the powers of the president have been delegated to the prime minister, parliamentary speaker, and the regional judiciary.