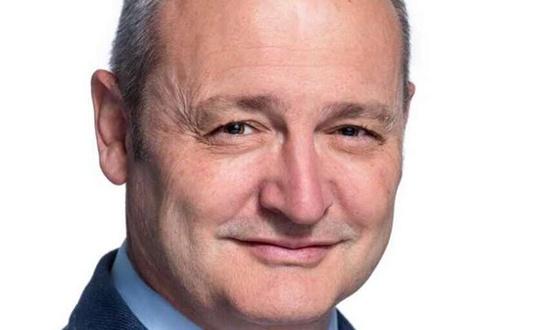 Obesity is a growing public health crisis, bringing with it many serious risk factors, including cardiovascular disease and type 2 diabetes. As the number of people who are either overweight or obese now outnumbers those with a healthy body weight by a ratio of two to one, researchers face an urgent need to better understand how the body burns fuel.

In a recent paper published in The Journal of Biological Chemistry, Saint Louis University researchers collaborating with scientists at the University of California, Davis School of Veterinary Medicine reported that low levels of a circulating hormone called adropin predict increased weight gain and metabolic dysregulation during consumption of a high-sugar diet in a nonhuman primate model.

The researchers hope these findings will help set the stage to develop new therapies for managing metabolic diseases.

Several years ago, Andrew Butler, Ph.D., professor of pharmacology and physiology at SLU, and his lab discovered the peptide hormone adropin. Research by Butler’s lab suggests that adropin regulates whether the body burns glucose or fat. In previous studies performed in mice, researchers found that low levels of the hormone observed in obese mice may contribute to diabetes and the associated reduced ability of the body to use glucose.

In the current study, Butler and his UC, Davis colleagues have conducted studies at California National Primate Research Center located on UC, Davis campus in order to explore adropin’s role in metabolic health.

Overall, consumption of the fructose diet produced a 10% gain in body weight and increases of fasting levels of insulin, indicating insulin resistance, which reduces glucose use and elevated fasting triglycerides which in humans increases the risk of cardiovascular disease.

“Monkeys with low adropin may therefore not be oxidizing glucose as well, explaining their higher fat content as the glucose is converted to lipids instead of being used as a metabolic fuel,” Butler said.

The team also examined a baboon transcriptome (genetic) data set to explore expression of the adropin gene in a nonhuman primate. Adropin is encoded by the Energy Homeostasis Associated (ENHO) gene.

“Last year we reported that adropin appeared to be an output of the biological clock using mouse models and cultured human cells,” Butler said. “What we show in this paper is that expression of the ENHO gene is higher in daytime and lower at night in most primate tissues.”

This is consistent with the idea that adropin expression is controlled via “clock-related” mechanisms.

“To further get at what this might mean, data suggests that enhanced use of glucose as fuel happens at certain times of day,” Butler said. “At night time, the body relies on energy reserves stored as lipids in fat cells and in the daytime relies more on the carbohydrates coming in from the diet.”

In this way, stimulation of adropin expression by our internal clocks may contribute to increasing the use of glucose as a metabolic fuel during the daytime.

Other findings show that adropin expression is co-regulated with clusters of genes involved in glucose and fat metabolism in the liver.