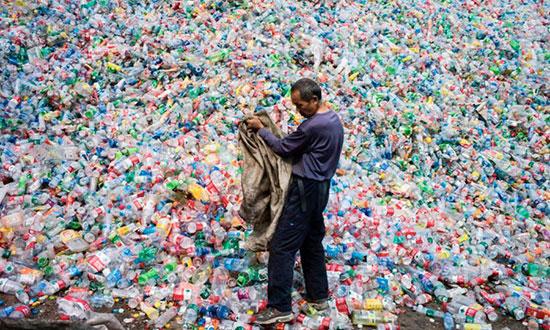 The Philippines appears to have won its long-running and often heated dispute with Canada over 69 shipping containers brimming with Canadian waste left to rot at two Philippine ports since 2013.

Ottawa announced on Wednesday (May 22) that it had hired a private company to take back the refuse, which the Philippines has said was wrongly classified as recyclable. Officials said the waste would be back on Canadian soil by June.

Ottawa’s announcement came after the Philippines said it would ship the containers back to Canada after a May 15 deadline announced by Philippine President Rodrigo Duterte had lapsed.

With concerns growing worldwide over how to handle millions of tons of plastic trash floating in the world’s seas and oceans, resentment is rising in Asia over the often dirty trade in waste exported from the developed to the developing world.

Malaysia is also embroiled in a long-running waste dispute with Lynas, an Australian mining company that since 2011 has been licensed to operate a rare earth mineral processing facility near Kuantan, a city on the east coast of peninsular Malaysia.

The rare earth minerals originate from Mount Weld in Western Australia. As of December 2018 over 1.5 million tonnes of various types of toxic waste related to the processing of rare earths — minerals vital to high tech industries — had accumulated at the 100 hectare Lynas operation, according to state news agency Bernama.

The Australian government has been dragged into the dispute. In February, Malaysia’s Minister for Energy, Science, Technology, Environment and Climate Change, Yeo Bee Yin, sent a letter to Canberra seeking cooperation to send the waste back to Western Australia.

But Bill Johnston, the Western Australia mining minister, has been adamant that shipping the waste to Australia would be illegal under local laws.

Malaysia’s government has not taken a hard stand on how to proceed, with Deputy Prime Minister Wan Azizah Wan Ismail saying further discussions are needed, at least among Malaysian government departments.

Malaysian Prime Minister Mahathir Mohamad suggested that Lynas undertake some of the processing being carried out in Malaysia be moved to near the rare earths mine in Western Australia, an idea Bill Johnston agreed could work and which appears increasingly likely after Lynas announced a planned expansion to its operations near its rare earths mine.

“They {Malaysian Government] seemed to be divided on whether to decisively terminate Lynas’ permit to operate or let time take its course until the next license renewal is up,” said Tan Bun Teet, chairman of the “Save Malaysia, Stop Lynas” coalition.

Because the governing Pakatan Harapan coalition promised to close the Lynas operation during its successful electoral campaign last year, Tan suggested it could “pay a heavy price” at the next election if it backtracks.

The rare earths waste stand-off has not yet produced any diplomatic fall-out to match the spectacular affray between Manila and Ottawa, with the Philippines telling its Canada-based diplomats to head home after a May 15 deadline to resolve the impasse passed.

The recall, government spokesman Salvador Panelo told local media, demonstrates that “we are very serious in asking them to get back their garbage otherwise we’re gonna sever relations with them.”

The diplomatic démarche came after Duterte in April offered some typically undiplomatic advice – this time of the dietary variety – to Canadians.

After threatening that he would “sail to Canada and dump their garbage there,” Duterte suggested that Canadians could then “eat” the offending detritus — a nationalistic stance that served his side well at this month’s midterm elections.

The dispute has flared several times in recent years, with Duterte taking the opportunity afforded by his hosting of the 2017 Association of Southeast Asian Nations and East Asian Summits to berate Canadian Prime Minister Justin Trudeau over the issue.

In turn, Trudeau staged a press conference to say the matter would be resolved but also to criticize the Philippines’ human rights record, particularly the rising death toll incurred by Duterte’s “war on drugs” – comments that Duterte dismissed at the time as “bullshit.”

Questions sent by Asia Times to Canada’s foreign and environment ministries were unanswered at the time of publication.

The trash war comes as various Asian countries accept consignments of rubbish from Western countries for recycling or disposal, an industry that has expanded geographically since China opted in 2017 to stop accepting foreign waste for recycling.

As the hard-to-trace trade in rubbish was reconfigured in the wake of China’s ban, Malaysia in particular saw a spiraling of illegal recycling, prompting concerns about pollution and poisoning of water and air as imports of waste surged.

Yeo Bee Yin, the environment minister, worried aloud that her country could become a “trash can” for wealthy counterparts, while, in an echo of the Philippines-Canada case, Malaysia announced on May 16 that it had sent five containers of what it termed “falsely declared” trash back to Spain.

Last month, protestors at the Australian consulate in Surabaya, Indonesia’s second-biggest city, proclaimed “Indonesia is not recycling bin” as reports emerged of an increase in Australian-sourced trash turning up in some of Java island’s already detritus-clogged rivers. Thailand and Vietnam have also seen increases in waste imports since China opted out, according to reports.

Responding to Indonesia’s protests, Australia’s government said that the responsibility for managing waste lies with the companies involved. However, countries that export trash for recycling are being accused of passing the buck.

Last month, a report by Greenpeace and the Global Alliance for Incinerator Alternatives claimed that “wealthy countries had grown accustomed to exporting their plastic problems, with little thought or effort to ensure that the plastic they were exporting got recycled and did not harm other countries.”

Western countries may not be entirely to blame, however, as growing Asian economies are generating significant and growing quantities of their own refuse. A 2015 study published in the journal Science estimated that eight million tonnes of waste plastic entered the ocean each year, with a third coming from China.

Countries agreed earlier this month to add plastic to the Basel Convention, a treaty that aims to regulate the trade of hazardous waste, but with estimates of a hundred million tonnes of plastic floating or sinking in the world’s oceans and seas, the problem will not easily be solved, regardless of where the blame lies.

The US came in for criticism for refusing to sign up to the new Basel arrangement — unsurprising on both counts given comments by President Donald Trump last year in which he blamed Asia’s two biggest economies.

“Every year, over eight million tons of garbage is dumped into our beautiful oceans by many countries of the world. That includes China, that includes Japan, and that includes many, many countries,” Trump said last October upon signing the Save Our Seas Act, a measure aimed at increasing funding for marine debris clean-ups.

(Cynics deem the designated US$10 million per annum to be a mere drop in the ocean.)

Viral videos have recently shown snorkelers paddling through plastic-strewn turquoise waters off Bali, an Indonesian island visited by millions of tourists each year.

Fieldwork published last week by scientists from the University of Tasmania estimated that 238 tonnes of waste had washed up onto the tiny Cocos Islands, around 2000 kilometers northwest of Australia in the Indian Ocean, with some of the material layered 10 centimeters deep on the shoreline.

Meanwhile, an American deep sea explorer said last week he found a plastic bag seven miles under the surface of the ocean, in the Mariana Trench, the world’s deepest submarine point, during a May 1 expedition.