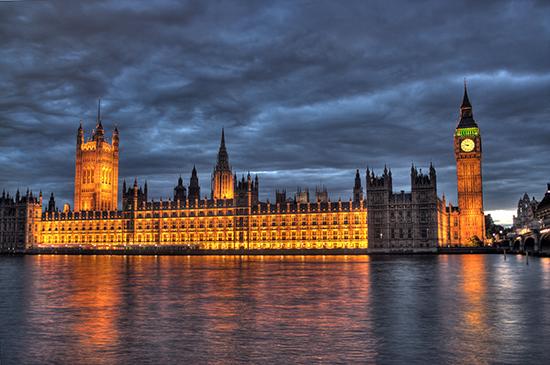 With a field of candidates vying to succeed Theresa May as Conservative party, her legacy during her time in office is playing a central role in the narrative of the debates between the party leadership hopefuls.

May’s resignation was the direct result of hear failure to push through a Withdrawal Agreement that she negotiated with the European Commission. On three separate occasions, she failed to garner enough support in the House of Commons and severely damaged her own credibility as a result. The multiple rejections also essentially killed the Withdrawal Agreement, leaving both Westminster and Brussels at loggerheads over how to proceed in the process of seeing the UK quit the 28 member bloc.

It comes as no surprise that all but two of the candidates to succeed May are campaigning on their willingness to accept a “no deal” Brexit.

May’s former foreign secretary, Boris Johnson, is currently the frontrunner to succeed his ex-boss. He originally campaigned on a platform that he says would see the UK having access to the Single Market, the European Court of Justice would have no jurisdiction in Britain, and no Customs Union membership, as well as no hard border between Northern Ireland and Ireland.

Johnson is now saying that a “no deal” should also mean no payment of the £39 billion exit fee that the EU imposed on the UK. He wants to spend some of that money on tax cuts and is said to have the support of at least 40 Conservative MPs.

Almost all candidates running against Johnson claim that the UK will leave the EU on 31 October with some kind of a new deal or no deal at all.

Former Brexit Secretary Dominic Raab is running as a tougher and more serious stance regarding Brexit, but he is willing to simply walk away from the negotiations.

Foreign Secretary Jeremy Hunt believes the EU is open to new proposals and is the only one that believes that no deal should be off the table. He also warns that failure to deliver Brexit by October would mean that the party will be crushed in the next elections and a hard left Labour leader, Jeremy Corbyn, would come the become the next prime minister Hunt has the backing of cabinet ministers Amber Rudd and defence minister Penny Mordaunt.

Rory Stewart’s candidacy stands out. He is an underdog who campaigned for May’s Withdrawal Agreement and recognising that the only way forward for the UK is a deal that will be disappointing to both sides.