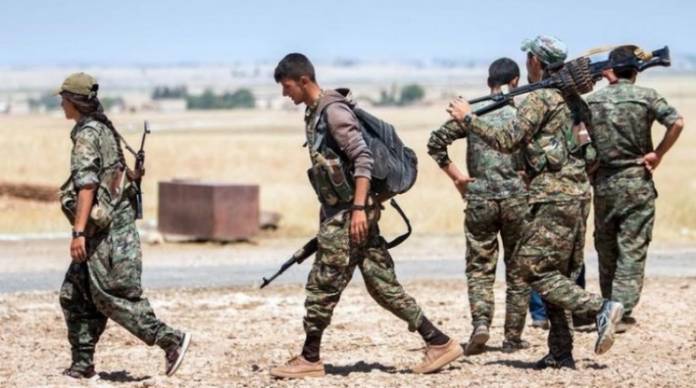 Basnews – ERBIL – Turkey has claimed it “neutralized” on Tuesday ten fighters of the Syrian Kurdish People’s Protection Units (YPG) in the Kurdish enclave of Afrin, in northern Syria, the country’s Ministry of Defense said.

The Turkish forces conducted an operation in the area of Tel Rifa’at following an attack by the YPG in Afrin earlier on the 9th of June where a Turkish soldier was killed and five others were wounded, the ministry explained, as cited by Daily Sabah.

Turkey usually uses the word “neutralize” to imply where the fighters were killed or arrested.

The YPG is viewed by Ankara as an extension of the Kurdistan Workers’ Party (PKK) which is designated by the country as a “terrorist organization” and there is a decades-long military confrontation between the two sides over the Kurdish question in Turkey.