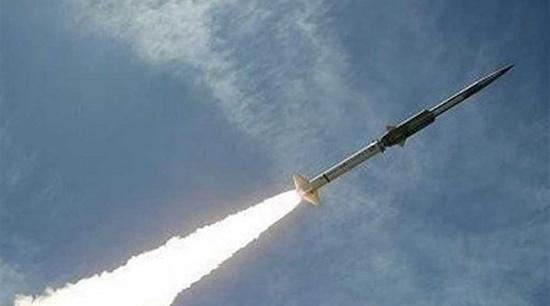 By Published by the Foreign Policy Research Institute– Eurasia review

(FPRI) — On June 12, the Houthi-run Yemeni al-Masirah channel announced that the movement had successfully used a cruise missile to hit the control tower at the airport in Abha, Saudi Arabia, putting it out of operation. Shortly thereafter, Saudi officials confirmed that a missile had hit the airport, but that it had struck the airport’s terminal wounding 26 people.

The attack was remarkable in several ways. While previous Houthi missile strikes against military targets have resulted in human losses, this attack was the first one against a prominent civilian target in Saudi Arabia that resulted in a large number of civilian casualties. Past missile attacks by the group, while doubtlessly serving Iran’s regional agenda, were mostly interpreted within the framework of the Yemeni conflict. This time, the Houthi attack is more widely considered as directly serving a particular Iranian aim, namely Iran’s asymmetric campaign to push back against U.S. oil sanctions. Houthi strikes using both shorter- and longer-range ballistic missiles have become a common feature of the Yemeni conflict. However, the attack on Abha airport represents only the second recorded combat use of a cruise missile by the group.

On December 3, 2017, the Houthis announced their first use of a cruise missile system to attack the al-Barakah nuclear power plant in the United Arab Emirates, located about 1,200km from Northern Yemen. While to this day, the group claims the strike was successful, all signs point towards a failed operation. No impact was recorded by UAE authorities, and later on, pictures emerged allegedly showing the missile’s wreckage and warhead inside Yemen. Much more interesting than the missile’s non-impact was the launch footage that the Houthis released, showing a system bearing a striking resemblance to the Iranian Soumar and Hoveyezeh cruise missile.

While operating largely in the shadow of its larger and older ballistic cousin, Iran’s cruise missile program has a rather interesting history. In 2001, six Soviet-made KH-55 cruise missiles were illegally transferred to Iran from Ukraine giving the country its first technological base for reverse engineering. After a long period of silence, the Aerospace Industries Organization’s then-Chairman Mehdi Farahi announced in 2012 that the country had been working on a 2,000km-range cruise missile named Meshkat. While the Meshkat never saw the light of day, it was certainly the design basis for the Soumar. Even though there are some noticeable differences, the Soumar clearly constituted a reverse-engineered version of the KH-55s the country had imported more than a decade earlier. Footage showing a successful test launch of the missile from Iran’s Qom test site was released shortly after.

In early 2019, Iran unveiled the Hoveyzeh, an upgraded version of the Soumar with a range of 1,350km. During the unveiling ceremony, Defense Minister Amir Hatemi revealed that the range of the original Soumar had been a mere 700km and Aerospace Force of the Islamic Revolutionary Guard Corps Commander Amir Ali Hajizadeh mentioned that Iran had experienced difficulties in the development of the corresponding jet engines. These statements seem to indicate that the missile fired by the Houthis in 2017 was already an updated version of the Soumar with a substantially increased range.

In 2014, Iran also unveiled a domestically designed cruise missile that can be both ground- and air-launched. The missile, called Ya Ali, reportedly has a range of 700km and even though footage of a test launch has been released, little information was released afterwards.

What Missile did the Houthis Use?

Unlike their first attack, this time, the Houthis did not release any footage of the launch. As Yemen was not known to possess land-attack cruise missiles before the war and the domestic development of such a complicated system is out of the question under current conditions, it is highly likely that an Iranian-provided cruise missile was used yet again. While a version of the Soumar seems like the most obvious candidate, the Ya Ali or even a modified Iranian anti-ship cruise missile could have been used to cover the mere 140km that separate Abha airport from Houthi-controlled territories.

There are clear indications that the Houthis currently possess a longer-range strike capability that would correspond to an advanced Soumar version. In a March 2019 interview, Houthi leader Abdulmalik al-Houthi mentioned that his movement had missiles capable of targeting Abu Dhabi and Dubai. Hezbollah leader Hassan Nasrallah in a recent speech also hinted at potential Yemeni missile strikes in a future conflict with Israel, even though the range required would go beyond the Hoveyzeh’s capabilities. Supplying cruise missiles to threaten faraway targets makes sense from an operational point of view. While the recent Burkan 2-H/Qiam saga has shown that Iran is capable of smuggling ballistic missiles to Yemen, transferring a more compact and more easily disassembled cruise missile is certainly much easier than smuggling a ballistic missile of comparable range.

That leaves the interesting question why a cruise missile was used for the attack in the first place. The relatively short distance to Abha airport could have been easily covered by some of the Houthi’s shorter-range ballistic missile systems like the Badr-F or the Qaher-2M. There are a few possible explanations. The use of the missile could have been a signal in itself, demonstrating Iran’s technical prowess and willingness to escalate. It could have been an attempt to evade Saudi missile defense after a missile got intercepted during an attempted attack against Jedda airport, or Iran could simply have used the Yemeni conflict yet again to test its weaponry under battlefield conditions.

Who Gave the Order?

The most interesting and most contentious question is who orders Houthi missile strikes? While some observers argue that the Houthis are merely a tool for Iranian deniability, others claim they operate autonomously without Iranian assistance. To date, the Houthi leadership, and even more so its missile force, remain a black box. However, a look into the group’s trajectory over the last decades offers some insights.

The movement, known as the Houthis or also Ansar Allah (Partisans of God), emerged in the 1990s in the neglected Zaydi Northern highlands of Yemen with a strong power base in the Saada Governorate. Zaydism, while being part of Shia Islam, differs markedly from the twelver Shia Islam practiced in Iran. While there were limited connections to Iran early on, the Houthis began less as an Iranian proxy and more as an attempt by a local notable family of Sayyids to mobilize Zaydi identity politics and capitalize on local grievances. In the 2000s, the conflict with the central government escalated into several rounds of military fighting that subsequently became known as the Houthi wars. It was around this time that accusations of Iranian support for the group gained traction. While there seems to have been some Iranian support for the Houthis at this period of time, most observers agreed that both Saudi Arabia and the Saleh regime largely exaggerated Iranian involvement. When the Houthis took over Sanaa in 2014, according to some sources, Iran had warned against doing so.

While all these historical data points might indicate the Houthis are mostly a local Yemeni movement only loosely allied to Iran, there are indications that the movement underwent a fundamental change recently. The Houthi’s self-image has become an almost slavish copy of Hezbollah, with the group’s propaganda videos closely mimicking Hezbollah’s visual style and Abdul Malek al-Houthi’s speeches imitating Nasrallah’s down to gestures and phrasing.

Iranian material support has increased substantially in recent years with Islamic Revolutionary Guard Corps shipments of missiles, small arms, drones, and naval equipment widely documented. There is little doubt that four years of gruesome war in Yemen have dramatically altered the incentive structures to Iran’s benefits. Facing an existential challenge in the form of the Saudi and UAE-led assault, there is no other sponsor that the Houthis could turn to for funds, arms, and expertise other than Iran and its more established clients like Hezbollah. What applies to the Houthis in general is even more true for the group’s missile force. Yemen’s old stocks of longer-range systems has mostly been used up by now, making the Houthi missile force and ability to target Saudi Arabia completely dependent upon continuous Iranian support.

While Iran is certainly both incapable and unwilling to micromanage the Houthis, it is difficult to imagine that Iran would not have used these inroads to at least gain control over high-profile missile launches, especially given the fact that the missiles used are provided by Iran itself and that these strikes have significant security implications for the Islamic Republic.

There are two ways of looking at the Houthi cruise missile attacks.

On the one hand, making the decision to fire a relatively precise cruise missile at a civilian airport represents a dramatic escalation of Iran’s asymmetric campaign against the West and its allies. Indeed, the almost parallel execution of the cruise missile attack and the mining of tankers just outside the Gulf make this episode appear like a repetition of the Fujairah sabotage/Houthi pipeline operation from last month.

So why is Iran doing these things? Iranian President Hassan Rouhani has publicly called the current sanctions-induced situation the gravest economic threat the country has faced in 40 years. Pushing back—even with radical measures that carry the risk of escalation—might still seem less risky than sitting out the crisis with an economy in free fall that could potentially threaten the survival of the regime.

Another possibility is that the Iranians simply consider President Donald Trump’s threat of military action a bluff that needs to be called out. At least publicly, IRGC officers and Iran’s Supreme Leader are adamant that the U.S. is currently neither willing nor capable of launching military action against Iran.

Looking at it from another perspective, an event like this was bound to happen. As early as 2017 and 2018, the Houthis fired Burkan -2HQiam missiles at Riyadh including at the city’s international airport. While they failed to land a direct hit, these strikes’ potential to produce mass-casualty events and the risks associated with them boiled down to mere questions of accuracy and probability. Single Katyusha rockets, the supply of small arms, or the mining of tankers all have effects that can be carefully calibrated to political ends Longer-range missiles on the other hand, can either fall harmlessly into the desert or kill dozens of people, potentially crossing Saudi thresholds and triggering a more direct response aimed at Iran.

The transfer of systems with such incalculable effects is even more stunning considering the fact that the Islamic Republic is well known for its elaborate chess moves, its careful escalation ladders, and its intricate dances around red lines. Unlike other high-risk moves by Iran, such as its recent kinetic reaction to oil sanctions, Houthi missile strikes conducted before the U.S. withdrawal from the Joint Comprehensive Plan of Action (JCPOA) were not related to any core Iranian national or security interest. Thus, while the above explanations for the cruise missile launch might be applicable to the current situation, they do not sufficiently explain the transfer of long-range missile systems and the likely authorization of their launch in the first place. One can only speculate whether Iran’s leaders overestimated their actions’ deniability, brashly probed Saudi and Western acquiescence, or have been overwhelmed by their emotional attachment to the Yemeni cause. In any case, it remains to be seen whether Saudi and Western patience will continue to hold in the coming days, weeks, and months.

*About the author: Fabian Hinz is an independent OSINT analyst focusing on missile proliferation in the Middle East and North Africa (MENA) region.