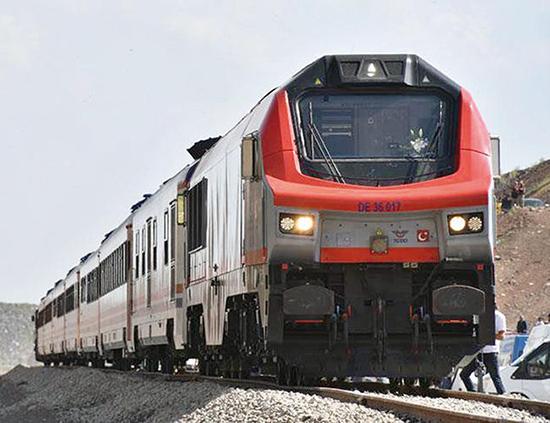 Insufficient market access and continued uncertainty over additional pipeline capacity have finally caught up with the growth projections of Canada’s oil industry association.

The Canadian Association of Petroleum Producers (CAPP) has just released its 2019 Crude Oil Forecast, Markets and Transportation report which estimates that Canada’s crude oil production will continue growing from now until 2035, but at a much slower pace than previously thought.

CAPP sees Canadian oil production growing at a rate of 1.44 percent by 2035—a pace that was less than half of what the industry had expected in its 2014 outlook, when oil prices exceeded US$100 a barrel and when there was hope that at least some new pipeline projects would have been on line by 2019.

The reality turned out harsher than Canada’s oil industry had expected five years ago—some takeaway capacity projects were canceled in the past five years, while those who remained facedand continue to face regulatory uncertainty, delaying further a potential increase in Canada’s pipeline capacity and access to new markets.

With oil production now exceeding pipeline capacity, Canada is losing competitiveness and the chance to take advantage of the expected growth in global oil demand, especially demand in the emerging Asian markets, CAPP said in its 2019 report.

According to the association, total Canadian oil production is expected to increase by 1.27 million barrels per day (bpd) from now until 2035—to 5.86 million bpd in 2035 from 4.59 million bpd for 2018. This expected growth, however, would represent just a 1.44-percent annual increase, a growth rate less than half the estimates CAPP made in 2014.

“This year’s constrained production outlook is due to inefficient and duplicative regulations, reduced investor and producer confidence, and uncertainty around additional transportation capacity,” CAPP said in its 2019 forecast.

Those constraints and uncertainties “are having and will continue to have negative impacts throughout Canada’s economy – from diminishing investment to loss of employment and reduced government tax and royalty revenues,” the association noted.

Inefficient regulation and insufficient market access are reducing Canada’s competitiveness as policy challenges create barriers to future investment, CAPP said, noting that this year would mark the fifth consecutive annual decline in investments in Canada’s oil sands—to some US$9 billion (C$12 billion)—which would be one third of the 2014 investment.

Overall, capital investment across Canada’s oil and natural gas industry is expected to decline to just US$27.6 billion (C$37 billion) this year compared to US$60.4 billion (C$81 billion) back in 2014.

If Canada successfully addresses key challenges hampering its access to global markets, it can reclaim more than US$30 billion (C$40 billion) of investments in view of forecasts that global crude oil demand will grow through 2040, CAPP says.

“Canadians are being left on the sidelines while global demand for oil and natural gas is rapidly growing. We are positioned to be a leading supplier of the most responsibly produced oil and natural gas on the planet but our lack of pipelines and inefficient regulatory reality means that other suppliers, with lesser environmental and social standards, are taking our market share,” Tim McMillan, CAPP’s President and CEO, said.

Canada’s oil production growth will slow down in the coming years and decades, as the lack of additional pipeline capacity weighs on the Canadian oil prices outlook and on producers’ decisions to sanction new large-scale projects in the oil sands, Kevin Birn, Vice President, North American Crude Oil Markets at IHS Markit, said earlier this month.

“With large scale oil sands projects taking two, three, four or more years to be brought online, the reality of slower pace of investment and growth in the Canadian oil sands is taking shape,” Birn said.

“The unfortunate irony for the Canadian oil market and producers is that the call on Canadian heavy sour crude oil—the principal export from the Canadian oil sands—has never been greater,” Birn noted, pointing to a tightening global heavy oil market with Venezuela’s production plunging and U.S. sanctions on Venezuelan imports.

Until Canada resolves the regulatory uncertainty and market access challenges, it will continue losing competitiveness and investments, the industry warned.