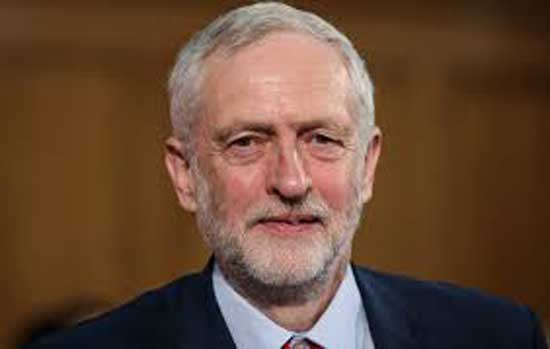 The Labour leader proved to be the voice of caution when the British political class have rushed towards war in the past.

The Labour leader, Jeremy Corbyn, is once again in the doghouse with the British media and the political establishment.

His offence? Once again it’s for doing his job.

According to the political editor of the Sunday Times, Tim Shipman, Corbyn is speaking up for the “theocratic terrorists” of Tehran.

According to Tory leadership candidate and home secretary, Sajid Javid, Corbyn is “never on the side of the country he seeks to lead”. Javid adds that Corbyn “wouldn’t even qualify for a Home Office building pass”.

Another leadership contender, Foreign Secretary Jeremy Hunt, called Corbyn “pathetic and predictable”. Hunt added: “Why can he never bring himself to back British allies, British intelligence or British interests?”

The purpose of my column this week is to come to the defence of Jeremy Corbyn. I believe that he is doing his job as leader of the opposition by standing aside from the growing clamour for war against Iran.

Corbyn is right to challenge claims emanating from the White House about Iran. His call for Britain to “act to ease tensions in the Gulf, not fuel a military escalation,” is common sense.

A voice of caution

He was vindicated by events when he warned against the invasion of Afghanistan. He was one of only a dozen MPs who voted against David Cameron’s terribly misjudged intervention in Libya.

Remembering that, by contrast, Sajid Javid, Boris Johnson, Theresa May, Jeremy Hunt, Rory Stewart and others fully supported that foolish and disastrous adventure.

There is no question in my mind that Corbyn (and his shadow foreign secretary Emily Thornberry) are making important and urgent points.

It’s only in the UK that expressing alarm about the bellicose Iranian policy of Donald Trump is regarded as unpatriotic. Germany and Japan have both made it clear that they don’t regard the evidence of Iranian involvement produced so far as conclusive.

No appetite for war

Nancy Pelosi, speaker of the House of Representatives, made similar remarks to Corbyn’s over the weekend.

She told CNN’s Fareed Zakaria that Americans have “no appetite for conflict with Iran”, adding that President Trump was being provocative: “He comes in and undoes [the nuclear deal] and inflames the US-Iranian issue. Why? What is the purpose? I am not going to accuse anybody of instigating anything, but for not having a policy that would smooth the waters.”

I detect no appetite for war here in Britain either. So why is the Tory party collectively determined to back Donald Trump and his national security adviser, John Bolton, at a time when it looks very much as if they are seeking to engineer a war in the Gulf?

Haven’t we learnt our lessons? We, in Britain, made a terrible mistake when we backed George W Bush over Iraq. I find it difficult to understand why we should be so determined to uncritically support Donald Trump as he embarks on his latest nightmarish experiment in the Gulf.

Of course, the British press is partly to blame. Tim Shipman, political editor of the Murdoch-owned Sunday Times, tweeted that Corbyn’s policy was to “blame America, speak up for theocratic terrorists and dismiss credible evidence from our Intel partners”.

This is a grotesquely unfair misrepresentation of what Corbyn actually said. The Labour leader was essentially urging caution.

I am a Conservative, but I am afraid that this failing Conservative government is open to the charge that it has ceased to act in the British interest. Here is an important example: earlier this year, Hunt and Javid joined forces to designate the political wing of Hezbollah as a terrorist organisation.

I can reveal that Hunt made the designation in defiance of official FCO advice. According to senior sources inside the Foreign Office, officials warned Hunt that the decision would damage British interests and create difficulties for British diplomats serving in Lebanon.

It would reduce Britain’s influence. Hunt was reminded that Hezbollah form an important part of the elected Lebanese government.

Not only that. I can also reveal that officials in DFID say that their work has been made close to impossible. They say that you have to work with Hezbollah officials in the government if you want to get things done. They can’t any more.

As one close observer told me: “The situation wasn’t perfect but it reflected the reality on the ground because Hezbollah is a core part of the Lebanese system which cannot be ignored. If you cut off all ties to Hezbollah you cut all the ability to influence it or cajole it.”

The decision to designate the political wing of Hezbollah was therefore not in the British interest. It looks like it was made in order to please the United States as well as our allies in the region – above all the UAE, Saudi Arabia, and Israel.

The determination of parts of the Trump administration to launch a war against Iran may lead to hundreds of thousands of deaths and cause fresh chaos in an already vulnerable region.

War can potentially lead to the closure of the Straits of Hormuz, causing the oil price soaring to several hundred dollars or more and precipitating a depression in the West. Do we really want that? If Jeremy Hunt was doing his job properly he would be following the example of Corbyn by urging caution.

I do accept that Corbyn could have been more careful in his language. He should have expressed scepticism rather than hinting at disbelief at what the United States is saying.

But the fact remains that the only British politician who has issued a sensible word of warning against the rush to war against Iran is the Labour leader, and he is being pilloried as a result.

The Conservative government, like the Bourbons after the French Revolution, has forgotten nothing and learnt nothing from the Iraq invasion of 2003.

Peter Oborne
Peter Oborne won best commentary/blogging in 2017 and was named freelancer of the year in 2016 at the Online Media Awards for articles he wrote for Middle East Eye. He also was British Press Awards Columnist of the Year 2013. He resigned as chief political columnist of the Daily Telegraph in 2015. His books include The Triumph of the Political Class, The Rise of Political Lying, and Why the West is Wrong about Nuclear Iran.