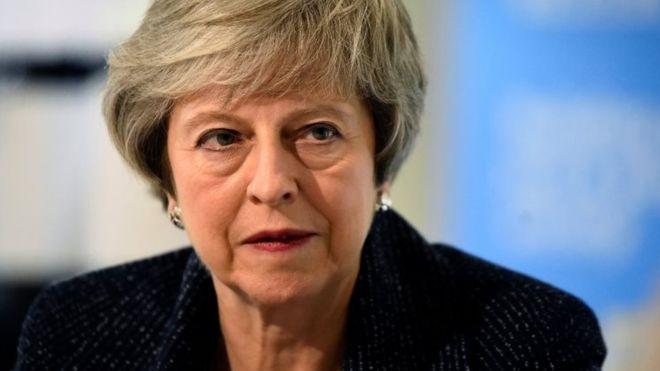 Brexit might have succeeded if Britain’s second female prime minister had relied on more collaboration and compromise to unite a divided electorate.

By Joan Johnson-Freese and Chuck Houston*

Theresa May announced her resignation as the leader of Britain’s Conservative party and prime minister after failing to deliver a Brexit plan during her three-year tenure. That failure has been attributed to stepping on a  “glass cliff” – a term coined by British researchers Michelle Ryan and S. Alexander Haslam – referencing evidence of women being encouraged into unwinnable leadership positions. Given that Brexit passed by narrow margins –51.89 percent leave, 48.1 percent remain – regardless of what a leader proposed, around half the British people would be unhappy. But that doesn’t inherently mean a Brexit deal was impossible.

Others argued that May’s failure should be seen as ineptitude on May’s part, not her gender – referencing the tendency to interpret the failures of men and women differently: If Jack fails, it’s because Jack wasn’t good at his job. But if Jill fails, it’s because women can’t handle the job.

Myriad questions emerge from May’s rise and demise: What difference, if any, did May being a woman make in Brexit negotiations? What considerations of gender common to women in politics affected her leadership? And what might be expected following May’s tenure?

May exhibited few of the leadership traits normally attributed to women in conflict-management scenarios. The late Senator John McCain described how women broke the deadlock in the 2014 US government shutdown through communication and compromise. Women are often more concerned than men with solving problems as opposed to garnering attribution. That was not May.

In her resignation speech May concluded, “I will shortly be leaving the position it was the honor of my life to hold – the second female prime minister.” During her tenure, many considered her autocratic, perhaps because that approach had worked for her role model.  Britain’s first female prime minister was Margaret Thatcher, dubbed by the British press as “the Iron Lady.” Thatcher, who held the office from 1979 to 1990 was iron willed in breaking the untenable hold of Britain’s unions on the country, something her Conservative Party male colleagues had been unwilling to try.

May made three major mistakes resulting in her demise. Though she entered office with a solid majority, she called for another election almost immediately and lost support. The Conservatives mechanically fixated on pushing Brexit with slogans like “Strong and Steady” and “Brexit is Brexit” while the Labour Party focused on fixing Britain’s declining social services. After the 2017 election losses, May had to make a deal with Northern Ireland’s pro-Brexit Democratic Union Party, or DUP, headed by another woman, Arlene Foster, and consequently became shackled to its often stringent and socially-conservative demands. Then, rather than taking a gradual approach, May triggered Article 50 of the European Union Treaty with no plan, little analysis and a two-year deadline for reaching agreement with the EU. Finally, with little consultation, she presented Parliament with a last-minute plan for EU withdrawal and no Plan B – a my-way-or-the-highway approach.

May brought nothing remotely “feminine” to the Brexit negotiations. A more feminine approach – one focused on accommodation, collaboration and compromise – may have had a better chance at success. But the obstacles in her path for doing so were not inconsequential. May was elected as prime minister in 2016 in an election against Andrea Leadsom. The two women became their parties’ compromise candidates after leading men who had pushed Brexit either had no chance of garnering a majority vote or stepped away.

In business, studies show that inclusivity enhances problem solving and profitability. In politics, empirical studies have shown that when women are included in peace negotiations, the probability that the resulting agreement will last 15 years increases by 35 percent. The tipping point for inclusivity – where all individuals feel free to be themselves without gender-based backlash – occurs when a minority reaches about 30 percent of the population under consideration, including the leadership level.

May was not in a position of inclusivity. Nobody could pretend that gender-related issues had not been called into play before and during her tenure as prime minister. In the 2016 election, Leadsom emphasized her status as a mother, suggesting she was the better candidate with a “real stake” in Britain’s future – a remark for which she later apologized.  During the 2017 election, May was nicknamed “Maybot” – wooden and emotionless. But women politicians walk a fine line in terms of being perceived as either too emotional or emotionless.  Showing emotion has been weaponized against women.

Iron will had worked for Thatcher, and polls have repeatedly shown that men are seen as more decisive than women and decisiveness is considered a key leadership trait. While women have shown themselves willing to take quick action perceived necessary to solve a problem, they consistently must work harder to prove themselves equally decisive as men. That didn’t work for May.

When May resigned, the media were quick to point out the emotion in her speech. Newspapers called it a “teary farewell” and noted that her voice cracked. A female commentator put the emotion and precariousness of May’s tenure into perspective though. She noted both that “it will take decades to turn back the clock on that dismal [gender equality] record, no matter how hard she tries to push the ‘second-ever female PM’ line” and “that the conclusion of her resignation speech was like watching a woman shake off the patriarchal shackles she’s been chained with for more than two years, and finally exhaling.”

Women in leadership positions, glass cliff or not, can go from hero to zero quickly. Pew Research shows that 84 percent of respondents say honesty is an essential leadership quality – the highest-ranking quality. The percentage of people who said honesty is truer of women was 29 percent, to the men’s 3 percent. Women, it seems, are expected to be honest politicians, and consequently the public is far less forgiving of transgressions for women. When women leaders are perceived to have failed, reverting to conservative male leadership often follows, with women’s rights and gender equality subsequently set back. Britain appears to be on that track.

It is likely that another referendum on Brexit – perhaps more informed and with higher voter turnout – will occur, since the  fractiousness within British Parliament makes any deal between the European Union and Britain for an exit strategy near impossible. May stepped on all the landmines, leaving the path more clearly marked for her successor.

While there is merit to May’s tenure as prime minister in providing young women with an “I can see it, so I can be it” model, the backlash – in terms of normalizing women as leaders – will likely be significant. After Hillary Clinton’s candidacy for US president, questions are raised about the viability of another progressive woman candidate in 2020. Women leaders still struggle against glass ceilings, glass cliffs, stereotypes and plain sexism.  Certainly, each candidate, man or woman, is an individual and should be judged as such, not as a representative of their gender.

The views expressed are those of the authors alone and do not represent the US Government, the US Navy or the Naval War College.