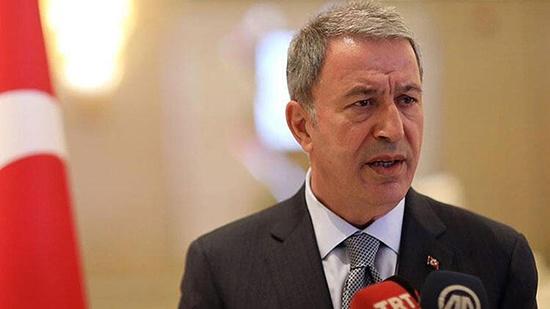 In a letter to his U.S. counterpart, Defense Minister Hulusi Akar emphasized the importance of mutual respect and friendship to the problems between the two countries, his ministry announced on June 18.

The letter was sent as a reply to a latter sent by U.S. acting Secretary of Defense Patrick Shanahan earlier this month.

In the letter, Shanahan outlined how Turkey would be pulled out of the F-35 fighter jet program unless Ankara gives up on purchasing Russian-made missile defense system.

Akar said the U.S. letter was “not in line with spirit of alliance” and it was “improperly worded,” the Defense Ministry said in a statement.

“[In the letter sent by Turkey to the U.S.], the importance of continuing efforts to find a suitable solution to the problems and maintaining dialogue based on mutual respect and friendship was conveyed,” the statement read.

Tensions between the U.S. and Turkey have simmered over Ankara’s purchase of Russian S-400 defense system.

U.S. officials argued the S-400 system would be incompatible with NATO systems and expose the F-35 to possible Russian subterfuge, but Turkey has emphasized that the S-400would not be integrated into NATO operability and would not pose a threat to the alliance.

Ankara said it was Washington’s initial refusal to sell its Patriot missile system that led it to seek other offers, adding Russia offered a better deal that included technology transfers

Akar and Shanahan agreed to meet each other at the next NATO ministerial meeting in Brussels, in a phone call after Shanahan’s letter.

Shanahan’s June 6-dated letter to Akar said: “In addition to threatening the security of platforms like the F-35, Turkey’s procurement of the S-400 will hinder your nation’s ability to enhance or maintain cooperation with the United States and within NATO, lead to Turkish strategic and economic over-dependence on Russia, and undermine Turkey’s very capable defense industry and ambitious economic development goals.”

It also said that the F-35 fighter jet training program for Turkish pilots would end July 31, giving the pilots enough time to complete their training.

“We’ve suspended some of the activities in terms of training. We haven’t suspended any of the maintenance activity,” he wrote.

But the Pentagon said June 11 that the U.S. Air Force has halted ongoing training of Turkish pilots on the F-35 before the end date for “safety” concerns.