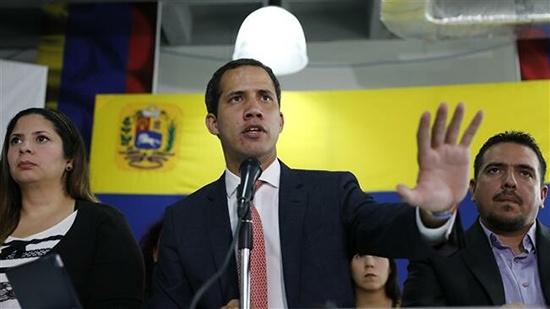 Several close aides to Venezuela’s US-backed opposition figure Juan Guaido are revealed to have spent the money raised for “humanitarian” purposes on upscale restaurants, hotels and nightclubs in neighboring Colombia.

An investigation published by Miami-based Panampost revealed that two close aides to Guaido were caught by Colombian spies embezzling the “humanitarian” funds raised for Venezuela, where millions of people are struggling to afford basic items under harsh US economic sanctions.

Regional coordinator for Guaido’s Popular Will Party, Kevin Rojas, and his chief of staff Rossana Barrera are accused of spending hundreds of thousands of dollars in cash on fancy hotels, lavish dinners, nightclubs and shopping trips.

In one example, the report said that the two claimed to have spent money on seven hotels to house over 1,400 Venezuelan migrants, but Colombian authorities counted only half that number crossing the border, and only two hotels were actually paid for.

Guaido has come under scrutiny over the report. The opposition figure — who calls himself “interim president” of Venezuela — admitted the allegations and promised to “clarify the case of officials appointed to serve our military in Cucuta.”

His “envoy to Colombia,” Humberto Calderon Berti, requested a “formal investigation related to the alleged irregularities” on Tuesday.

After unilaterally declaring himself “president,” Guaido announced a plan in February to bring in foreign humanitarian aid, including those from the US, through the Colombian border, to allegedly alleviate an economic crisis.

Following his failure to open the border in February, Guaido, who was recognized by the US and his western allies, orchestrated a coup against the government of Maduro on April 30.

The putsch, however, was quickly petered out by the Venezuelan army.

In the, meantime, US Vice President Mike Pence declared on Tuesday that the US administration continue to support the “Venezuelan people in their fight for freedom!”

Washington, which has been actively seeking to undermine Maduro’s government, has so far levied several rounds of sanctions against the country.

It has confiscated Venezuela’s state oil assets based in the US to channel them to Guaido.

According to the United Nations figures, a quarter of Venezuela’s 30-million-strong population is in need of humanitarian aid.