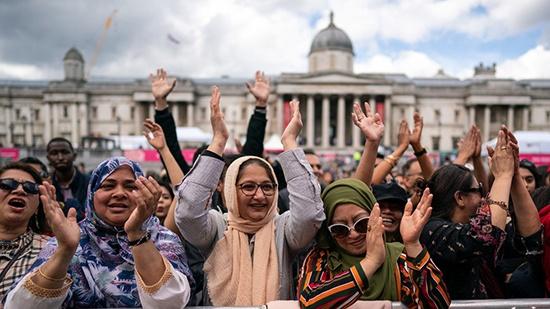 The British government has asked Pakistan to sign a treaty that would allow it to send thousands of Pakistani migrants with expired UK visas back to their home country, says Pakistani Foreign Minister Shah Mahmood Qureshi.

Qureshi said he recently discussed the treaty with UK Home Secretary Sajid Javid, and appeared to support the measure, adding that it could be helpful for Pakistanis looking to stay in the UK on visas.

“We have initiated dialogue on this,” Qureshi told a press conference at the Pakistan High Commission in London on Tuesday. “This will help those who are genuine visa applicants. This will help Pakistan.”

Qureshi noted that an extradition treaty is also needed between Pakistan and Britain, which he said has been one of the “biggest obstacles” for the two countries. He stressed the need to build on a prisoner swap arrangement that already exists.

Tensions flared with Pakistan over the summer of 2018 when Britain, citing the lack of an extradition treaty, declined to deport former Pakistani Finance Minister Ishaq Dar back to his home country, where he was wanted in connection to a graft probe.

Though reliable estimates are notoriously difficult to obtain for illegal immigrant populations, a 2007 London School of Economics study estimated there were some 533,000 “irregular” or undocumented immigrants in the UK. The country also has the largest Pakistani expat population in Europe, totalling around 1.2 million legal residents, but it is not clear how many currently live in the UK without visas.