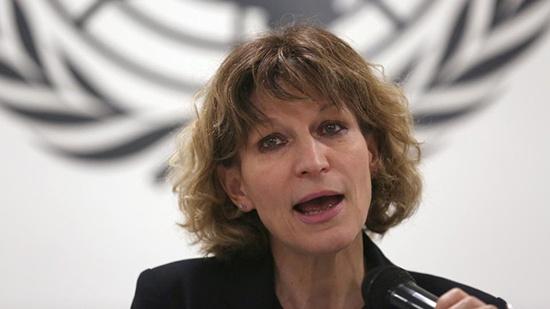 UN extrajudicial executions investigator, Agnes Callamard, will issue her report on the assassination of Saudi journalist Jamal Khashoggi on Wednesday, a statement says.

The United Nations extrajudicial executions investigator, Agnes Callamard, will issue her report on the murder of Saudi journalist Jamal Khashoggi on Wednesday, a statement said.

Callamard, who has led an international inquiry into Khashoggi’s murder in the Saudi consulate in Istanbul last October, said after a visit to Turkey this year that the evidence pointed to a brutal crime “planned and perpetrated” by Saudi officials.

Khashoggi’s remains have not been found but Callamard has said that she and her team of forensic and legal experts had access to a part of “chilling and gruesome audio materials” of his death obtained by the Turkish intelligence agency.

Her report is expected to include recommendations on criminal accountability of both states and individuals.

Khashoggi’s killing by a team of Saudi operatives on October 2 provoked widespread revulsion and marred the image of the crown prince, who was previously admired in the West for seemingly advancing changes in his deeply conservative kingdom, including tax reform, infrastructure projects and allowing women to drive.

Callamard has denounced the lack of transparency at the kingdom’s secretive hearings for 11 suspects accused in the murder.

She has called on Saudi authorities to reveal the defendants’ names, the charges and the fate of 10 other initially arrested.

US President Donald Trump’s administration is pressing its close Middle East ally Saudi Arabia to show “tangible progress” toward holding to account those behind the Khashoggi killing.

Washington wants the Saudis to do so before the one-year anniversary of his murder, a senior administration official said last week.

Callamard is due to present her report on June 26 to the UN Human Rights Council, whose 47 member states include Saudi Arabia.

The French national is also director of the Global Freedom of Expression initiative at Columbia University in New York.