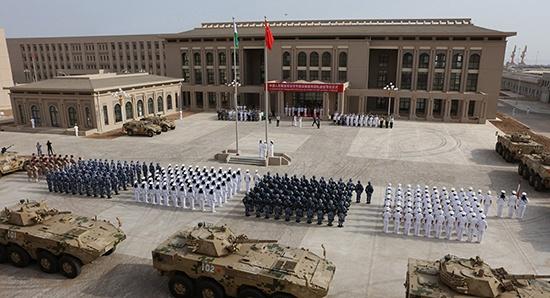 China’s growing military and economic footprint in Africa has been a source of serious concern in Washington. Tensions are at their highest point in Djibouti, where the two rivals operate military bases in close vicinity to each other.

The United States military has accused China of harassing troops stationed at its military base in the African nation of Djibouti and attempting to sneak into the facility, which Beijing firmly denied.

Rear Admiral Heidi Berg, director of intelligence at the US Africa Command (AFRICOM), told reporters during a phone briefing that China had taken “irresponsible actions” toward US troops stationed in Djibouti, according to the Washington Times.

Djibouti is home to Camp Lemonnier, Washington’s only permanent military outpost in Africa. The base, which supports roughly 4,000 troops, is a hub for the US intelligence-gathering and counter-terrorism operations in the region, including those against Daesh* and al-Qaeda* in both Africa and the Persian Gulf.

It sits just over 10 kilometres away from a Chinese military support base, set up in 2017 near a critical seaport which is partly controlled by China – something that has raised serious concerns in Washington.

REar Adm. Berg accused Chinese personnel of trying to “constrain international airspace” by barring aircraft from flying over their base, beaming ground-based lasers at American pilots, and flying drones in a bid to hamper American flight operations.

She went as far as to claim that Chinese troops conducted “intrusion activity” with “attempts to gain access to Camp Lemonnier” (in other words, an attempt to infiltrate the base).

An AFRICOM spokeswoman was quoted as saying that “the United States takes appropriate measures to ensure the force protection of its personnel and assets” and that “lasing incidents had occurred in the past” but are “no longer an issue”.

China’s Foreign Ministry was quick to refute the allegations.

“The Chinese side has consistently abided by international law and the laws of the host country, and is committed to safeguarding regional security and stability,” a spokesperson for the ministry told reporters on Monday, as quoted by Chinese media.

According to China’s account, it was the United States that misbehaved. US warplanes had flown over the Chinese base with the aim of gathering military intelligence, Zhang Junshe from the PLA Naval Military Studies Research Institute, operated by the Chinese armed forces, told Global Times.

It is not the first time the two superpowers have traded accusations over their activity in Djibouti, a small nation in the Horn of Africa which oversees the Bab el-Mandeb Strait, a key shipping lane linking the Mediterranean Sea and the Indian Ocean via the Red Sea and the Suez Canal.

The Pentagon lodged a complaint about the alleged incidents and urged the Chinese military to investigate them, but Beijing responded that it had conducted “serious checks” and deemed the accusations groundless.

China, for its part, has complained in the past that US was sending low-flying aircraft to conduct spying operations near the Chinese base.

US Reportedly Names Condition for Russia to Avoid New Sanctions