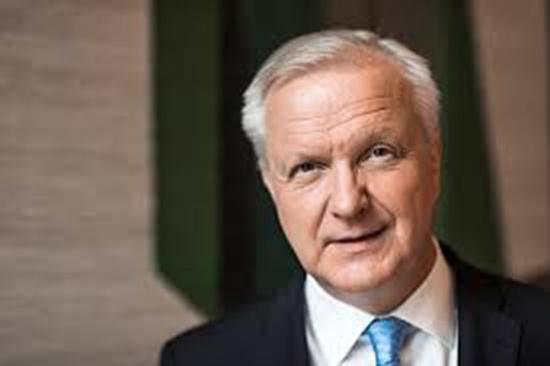 BRUSSELS (Reuters) – The European Central Bank could use any of the policy instruments at its disposal unless there is improvement in the euro zone economy, ECB Governing Council member Olli Rehn said on Thursday, saying trade tensions were the greatest worry they faced.

Rehn, who is seen as a possible successor to Mario Draghi as head of the ECB, said he was “concerned” by the current economic situation in the euro zone, which is currently battling with low inflation and weak growth.

“We in the Governing Council are ready to act as appropriate unless there is improvement in the economic conditions,” Rehn told a conference in Brussels.

Asked whether the ECB should proceed with rate cuts or resuming asset purchases, Rehn said: “The whole range of instruments is on the table.”

He said the greatest worry to the economic outlook came from trade tensions between the United States and China, and urged Germany and France to better cooperate to strengthen the euro zone.