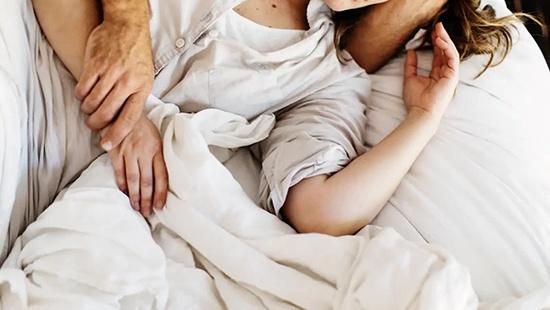 Deciding whether to stay in an unhappy relationship or call it quits, whether it be a marriage, de facto or otherwise, can be one of the most painful and painstaking decisions we have to make.

However, psychotherapist Pierz Newton-John, a faculty member at The School Of Life in Melbourne, says it is a decision more of us are faced with than ever before.

Not because we are in unhappier relationships, but because many of the barriers to leaving which existed in previous generations have all but dissipated.

“There was a lot of social stigma and moral and religious judgment associated with leaving a relationship that God had ordained,” he says.

With fewer of us getting married in the first place – in 2017 the rate was 4.6 marriages per 1000 Australian residents, the lowest rate ever recorded – the Church no longer scaring us into staying, and a far greater number of women enjoying financial independence, Newton-John says the choice to leave an unhappy relationship is one that many more of us now feel free to explore.

The course is proving popular among a growing number of couples keen to explore what the ‘right, sensible level of joy and frustration’ is.

However, he says making the ultimate decision to leave isn’t getting any easier.

A new class run by The School of Life, and facilitated by Newton-John, is helping couples and individuals to decide when a relationship is worth saving and when it might be time to walk away.

Described as a relationship “audit”, the “Stay or Leave” course, which runs once a month in Sydney and Melbourne, is proving popular among a growing number of couples keen to explore what the “right, sensible level of joy and frustration” is in a relationship.

At its core, the course explores the question of “what is a good enough relationship” and aims to equip participants with the tools to help them decide for themselves whether theirs has past its use-by date.

“The majority of people who come along are people who are questioning the relationship that they’re in,” he says.

“So, our role, I guess is to explore the ideals and expectations we have about relationships and get people to think about things like whether the way they are feeling is not just the way they’re going to feel in any relationship … and should I get better skills to make this relationship work, or is there something fundamentally wrong here?”

While Newton-John says they do not “try to tell people what to do”, there are “a number of things that [the course does] in terms of trying to tease out people’s internal conflict about whether they should be in the relationship that they’re in”.

Part of that process is having participants a series of questions to “help them to tease out their own feelings and thoughts”.

“I think a lot of the time when people come along to the class, they probably kind of know what they want to do but they’re really just wanting to confirm that they’re instincts are right,” he says.

While our divorce rate – up 5.2 per cent in 2017 to 2.0 divorces per 1000 Australian residents – might have us believe we now have little problem turning our backs on marriage, most of which (78 per cent) are now performed by a civil celebrant rather than under the auspices of the church, Newton- John says nothing could be further from the truth.

In fact, in many cases, he says individuals can grapple with the decision for years.

Paul Wiseman, from Relationships Australia Victoria, agrees it is not a decision people take lightly, especially when there are also children involved. However, he says children are no longer perceived as a strong reason to stay in an unhappy or unhealthy relationship.

“I think we’ve well and truly moved on from that idea that ‘well, we might not like each other very much and we may even loathe and detest each other but somehow its more beneficial for the children if we continue struggling along,” he says.

“I think there’s a much greater acceptance that not all relationships will continue and that there are a lot of benefits to be gained when one or both people make a decision that ‘this isn’t good for me and/or our children.”

In fact, Wiseman says the end of a relationship or marriage might be painful but “it doesn’t have to be negative”.

“In many instances it can be an incredibly beneficial decision for all parties, depending on what it is going on in that relationship,” he says.

Newton-John explains that this shift in attitudes towards separation and divorce, coupled with the proliferation of online dating apps, is also driving many to reconsider their less-than-perfect relationships.

“Not only have the obstacles to leaving been lowered but the opportunity to find new relationships outside of the current one are all too apparent,” he says.

“You know, you can open your phone and start swiping and the alternatives are right in your face,” he says.

“All of these things mean we now feel we have more choice than in previous generations.

“But it is still an incredibly difficult decision and there’s going to be pain and suffering regardless of whether you stay or leave. So, our course is really about exploring the nature of this new-found choice.”

‘Stay or Leave’ classes run at The School of Life in Sydney and Melbourne each month.

Rachel Wells–Rachel covers general and breaking news for The Age.