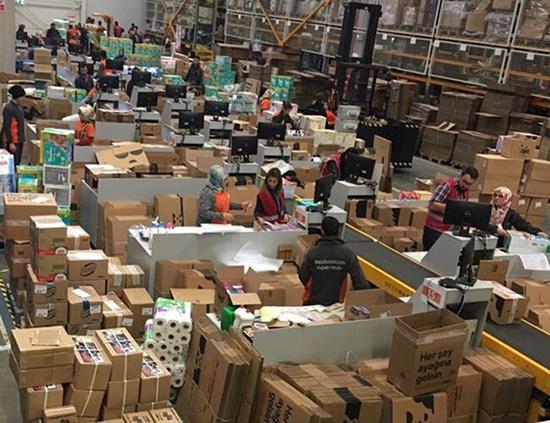 The volume of e-commerce in Turkey grew by 38 percent in 2018 from the previous year to reach $6.5 billion, capturing a 5 percent share in total retail sales, a study by Nielsen showed.

Last year, per capita annual expenditure was $181 on average versus the world average of $833, according to Nielsen’s ‘E-Commerce Report.’

The corresponding figures were $858 for China and $1,819 for the United States.

Some 68 percent of those surveyed said they purchase shoes/clothes online while 58 percent said they use the internet to buy electronic goods. About 49 percent of online shoppers order personal care/cosmetics products and 47 percent order food online from restaurants.

According to the study, people order food products and food from restaurants four times a month on average.

The main mediums for online shopping are smartphones (75 percent) and laptops (52 percent).

People in Turkey spend some seven hours a day on the internet, the report showed.

Four percent said they do online shopping every day while 46 percent of respondents suggested they go online for shopping “a few times” a month.

Some 52 million people in Turkey used social media last year, and they spent about three minutes a day on those outlets, according to the report.