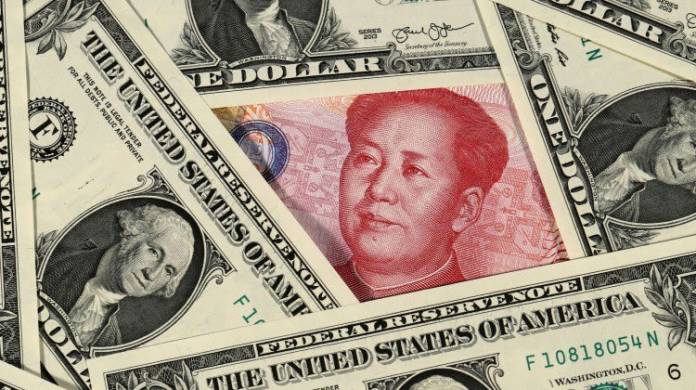 The Korean won’s value fell sharply against the US dollar in May as the US-China trade war intensified. With the won falling by an even wider margin than the yuan itself, there were fears that the South Korean economy was becoming increasingly exposed to forces beyond its control.

With the won falling to almost 1,200 against the dollar in May, local concerns were rising.

There were multiple reasons for the won’s sharp depreciation.

The China-US trade war unexpectedly worsened in May, Korea suffered negative GDP growth in the first quarter and North Korean nuclear risks rose once more. Moreover, while the dollar had been strong since April last year, the won’s value against the dollar had hardly changed, unlike other currencies that had weakened.

Much of this is not new: The export-driven Korean economy is always vulnerable to changes in external conditions. China has emerged as South Korea’s largest export market, while Korean companies are deeply embedded in trans-Asian supply chains. The Korean won moves in the same direction as the Chinese yuan for these reasons.

What is new is that foreign-exchange hedging has enhanced the long-term phenomenon.

Investors buying yuan assets need hedging tools to avoid foreign-exchange risk. Many yuan asset investors seek won derivatives to hedge currency risks, and this is what is pushing the won into a yuan proxy currency.

Why yuan hedging is done in won

Investors have to exchange dollars for yuan to buy Chinese bonds and other yuan assets, but as soon as investors get yuan, they are exposed to risks stemming from currency fluctuations. With the Chinese capital markets underdeveloped, the yuan-hedging market lacks liquidity.

As a result, investors seeking hedging tools are looking at the won, which offers abundant liquidity. Liquidity is important, as it enables players to find willing participants within the desired price range.

The main financial instruments to hedge are forwards and non-deliverable forwards, or NDFs. As of last year, data from the US Depository Trust & Clearing Corporation (DTCC) showed that the dollar/won NDF trade accounted for around 20% of global currency NDFs, while yuan NDF trading accounted for only about 5%, another market expert told Asia Times.

In the case of the won, transactions are only possible in the Seoul foreign-exchange market during the day. In China, only yuan/won trading is allowed. This means NDFs are the only instruments that can trade the won with the dollar offshore.

“Yuan asset investors use the won market not because there is no yuan hedge market, ” a market expert told Asia Times. “The won market is convenient, given its accessibility and costs.”

Moreover, “The Chinese capital market is not fully open to foreigners. Therefore, the inflow and outflow of  foreign funds are not smooth, retarding the development of forex hedging tools.”

The fact that the won has fewer policy risks than the yuan also make yuan asset investors favor the won market when hedging. “It is difficult to predict the direction of the yuan because it depends more heavily on the influence of the authorities than the won,” he said.

With the two economies so closely connected, the won and yuan are expected to continue to move in sync for a while. But given the won’s lack of policy risk, if the China-US trade war is eased, some expect the won to appreciate faster than the yuan.

This was proven after US President Donald Trump tweeted that he would meet with Chinese President Xi Jinping on the sidelines of the G20 summit.

Still, the only real way to de-link the two currencies lies in China’s hands.

“If China’s capital market gets more open, more demand for forex hedge will arise, eventually leading to a yuan hedge market with more liquidity,” said the market expert. “Then the won might be gradually eased out of its position of a proxy currency.” 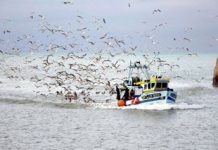