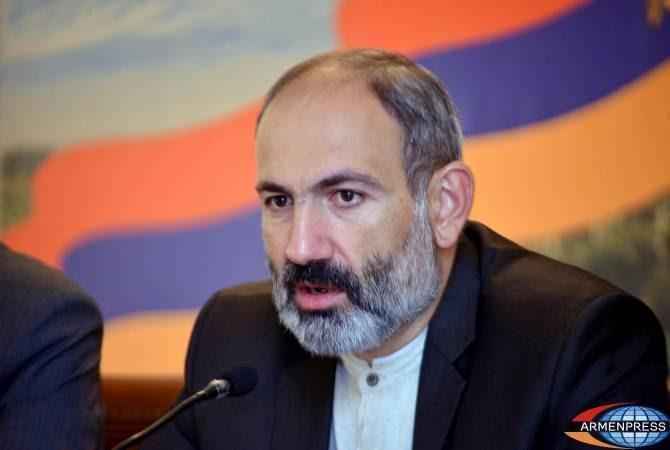 YEREVAN, June 21, /ARKA/. Speaking in parliament today Armenian Prime Minister Nikol Pashinyan described the past year as unprecedented in terms of budget execution, recalling that the country had one presidential election, five elections of prime minister, early parliamentary elections as well as early election of Yerevan Council of Elders (legislative assembly of the capital city).

Pashinyan said in terms of macroeconomic stability, it is important that economic growth last year amounted to 5.2%, up from the government-projected 4.5%.

“This means that in terms of budget execution the government has no unfulfilled obligations. Macroeconomic stability has been fully preserved and if we approach the problem from this point of view, the government has done its job brilliantly because it has ensured the natural life of the country in an environment of political shocks,” he said.

The prime minister also referred to the 7.1% GDP growth reported for the first quarter of 2019, saying that figure was another proof of stability. In retaliation to criticism that reforms are slow, he said “quick reforms are failed reforms.” ‘What is important is that we should not hurry.’

In reference to judicial reforms he said the judicial system of the country should be subjected to fundamental and radical changes. ‘But it is obvious to me that we cannot have a truly independent judicial system without raising the salaries of judges five or six times,” said Pashinyan, recalling last year’s shortage of judges for available vacancies.

According to the prime minister, the potential candidates were aware that they would not be able to take bribes, to run businesses and receive a salary of 400-600 thousand drams. ‘It is necessary that highly qualified professionals, who work for the private sector and receive as high salaries as 1.5-2 million drams, work as judges,’ he said.

“The salary of judges should be increased to 2.5–3 million drams in the next 2-3 years. This will cost the government about 10 billion drams. The amount will not have a direct negative impact on our government budget. During that time, I am convinced that we will be able to solve many social problems, “he said.
Going back to last year’s budget execution, Pashinyan said one of the biggest challenges is the failure to meet the spending earmarked for major construction.

“Today, the Armenian government has no problems with money, there is a problem of their efficient spending, “said Pashinyan.

According to him, the problem lies in the fact that there are many companies in the country that worked according to the old schemes of kickbacks and bribes. In this context, he said that a new stage in the struggle with such companies was beginning.

“Unfortunately, there are no companies in Armenia that could realize large-scale projects. We hope that such companies will appear in the near future. If not, the government should think about a different model of implementation of large-scale government-financed projects,” said Pashinyan.