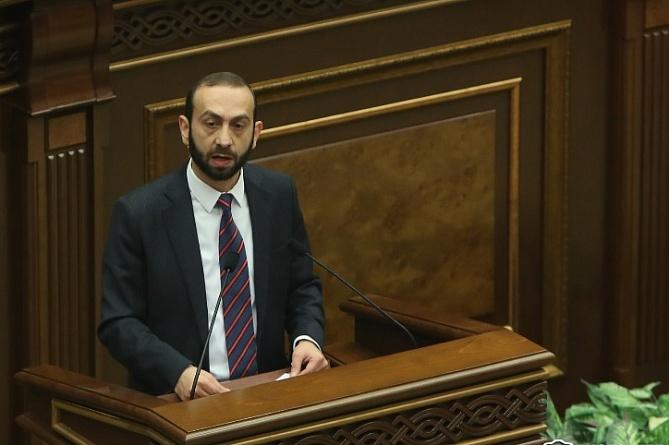 “The public has a deep distrust of the judicial system that has shaped over the last two decades. Of course, a document will be adopted to become the law on vetting. It will regulate all the related questions,” he said, denying allegations that the ruling majority may use the vetting as a kind of guillotine against all those who are not pleased with the parliamentary majority. ‘There will never be anything like that in Armenia,” he said.

According to him, the introduction of vetting can take from a month to several years; however, the process of ensuring the impartiality and reliability of judges should be permanent.

“In fact, the body vested with the function of vetting is the Supreme Judicial Council. However, in Armenia for a long time the reality did not comply with the laws, and now we need to find a solution to such problems not only in the judicial system, but also in other areas,” he said.

According to Mirzoyan, the need to revitalize the judicial system through vetting was raised by the judges themselves, who pointed to the inaction of the Supreme Judicial Council.

“It was after this discourse that members of the Supreme Judicial Council began to resign, in essence, agreeing with the demands put forward by the public,’ he said.

‘Courts are the remnants of the former corrupt authorities and people have no trust in the judiciary and therefore it lacks legitimacy,” Pashinyan told a televised cabinet meeting on May 20. “The time has come for a surgical intervention” with all judges to subjected to a thorough vetting during a “transitional” period,’ he said.

Pashinyan said he counts on the assistance of Armenia’s international partners in implementing the judiciary reform which he said is the “second and most important stage of the revolution.”

A day earlier Pashinyan called on the supporters to rally outside Armenia’s court buildings and to block their entrances for “the start of the second and most important phase of the Armenian revolution.

Pashinyan’s appeal to block the courthouses came a day after a court in Yerevan ordered the release of ex-president Robert Kocharyan from pre-trial detention. Kocharyan is accused of overthrowing constitutional order and bribe taking. The court’s ruling was strongly condemned by many supporters of the prime minister.