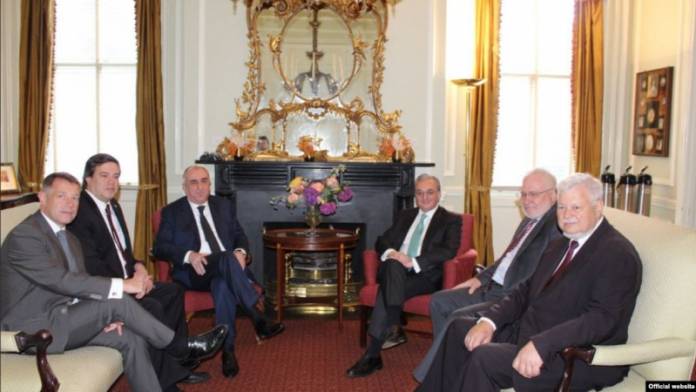 Baku/22.06.19/Turan: The Co-Chairs of the OSCE Minsk Group (Igor Popov of the Russian Federation, Stéphane Visconti of France and Andrew Schofer of the United States of America) hosted consultations between Azerbaijani Foreign Minister Elmar Mammadyarov and Armenian Foreign Minister Zohrab Mnatsakanyan on 20 June in Washington. The Co-Chairs met separately and then jointly with the Ministers. They also briefed Acting U.S. Assistant Secretary of State for European and Eurasian Affairs Philip Reeker on the situation on the ground and the status of settlement talks. Personal Representative of the OSCE Chairperson-in-Office Andrzej Kasprzyk also took part in these meetings.

During their discussions, the participants exchanged views on recent developments on the ground and core issues of the settlement process. The Foreign Ministers clarified their positions and expectations with respect to implementation of the humanitarian and security measures proposed by the mediators during their last trip to the region.

Noting with regret recent casualties, the Co-Chairs urged the sides to take immediate measures to restore an atmosphere conducive to peace and favorable to substantive talks. They called on the sides to reaffirm their commitment to observe the ceasefire strictly and to refrain from any provocative action, including the use of snipers and engineering works along the line of contact and the international border.

During their conversation with the Co-Chairs, the Foreign Ministers agreed upon the importance of taking full advantage of the existing direct communication links in order to react swiftly to reduce the risk of escalation.

The Foreign Ministers agreed to meet again in the near future under the auspices of the Co-Chairs.