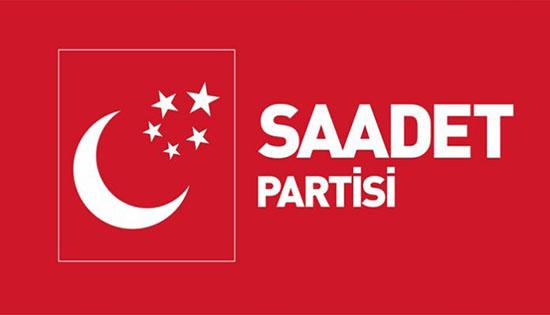 A group of officials from the ruling Justice and Development Party (AKP) on Friday paid a visit to Felicity Party (SP) headquarters in an apparent move to attract support from the party’s voters in a repeat mayoral election in İstanbul on Sunday.

For the March 31 local elections, the SP did not align itself with any party and fielded its own candidate, Necdet Gökçınar, who received around 100,000 votes in İstanbul. Gökçınar is also running in the repeat election.

Although Ekrem İmamoğlu, the mayoral candidate from the Republican People’s Party (CHP), won the election in İstanbul, according to the official results on March 31, Turkey’s election authority, in a controversial move on May 6, cancelled the results of the election in Turkey’s largest city, citing irregularities based on an objection filed by the AKP. The repeat election will take place on Sunday.

In the run-up to the March 31 vote, the AKP accused SP leader Temel Karamollaoğlu of allying himself with terrorist organizations.

The AKP’s mayoral candidate Binali Yıldırım also last week visited the offices of the Milli Gazete newspaper, which is affiliated with the SP, and said that although there is rivalry between parties in politics, they have the same worldview and the same lifestyle.

Yıldırım also apologized for any remarks hurtful to SP voters made by his party’s officials. He said his visit should not be taken as an “election investment.”