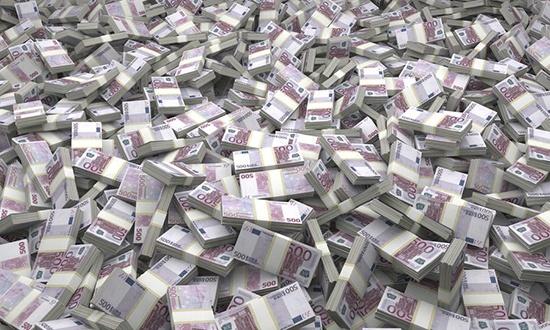 Regional central banks including in Malaysia and the Philippines have started to cut interest rates, as advanced country counterparts likewise signal continued easing – or a pause in the Federal Reserve’s case.

The outlook is for increased financial stability risks, as the three-year ASEAN+3 blueprint for bond market strengthening goes into effect.

It emphasizes infrastructure finance, innovation such as “green” instruments, and common regulatory standards, with the publication featuring potential for housing-related securities. The plan originally was launched against a solid growth and ambitious reform background, but with moderation and repeated trade tensions, the near-term agenda may be diverted, the ADB implies.

In the first quarter ending March, East Asian bond market size was $15 trillion for 15% annual growth, with China accounting for 75% of the total. South Korea is number two at $2 trillion, while Thailand leads ASEAN at $400 billion.

The government and corporate bond split is roughly 60/40, together representing over 80% of regional GDP. Foreign ownership in Indonesia is highest at nearly 40%, but overseas holdings fell in Thailand and the Philippines to 18% and 6%, respectively, while Malaysia’s held steady at just under 25%.

The ADB’s April regional growth forecast was for 5.5%-plus this year and next, with “simmering trade conflict” disrupting cross-border shipments and business and consumer attitudes.

Retail price inflation should be constant at 2.5%, but shifting world commodity values across energy, agriculture and mining could upset the prediction. The review cautions that Washington-Beijing tariff retaliation coincides with the fading of a “2-year cyclical upswing,” placing emerging Asian economies at both structural and secular disadvantages.

Malaysia has the biggest Islamic sukuk market at 60% of the $350 billion total, while Indonesia’s central bank has started to issue both conventional and sharia-compliant bills.

Vietnam is the smallest overall at $50 billion, as corporate bond development remains slow. Cambodia is now tracked in the Monitor database, and the first corporates were recently listed on the tiny stock exchange there. One was a micro-finance firm offering a foreign exchange-indexed component in its $20 million deal. The ADB has also completed a basic guide for Laos, and Mongolia coverage is in the works.

In the first quarter, aggregate foreign investor inflows were over $8 billion, but Korea experienced outflows at half that figure with won depreciation and the Trump-Kim summit failure. Thailand also had modest exits, with the military preparing continued dominance in elections to return civilian government.

Cross-border local currency transactions were about the same as the previous quarter at $5.8 billion, with Laos’ power company placing in Thai baht, and Singapore firms in Chinese renminbi, Hong Kong dollars and Korean won.

Hard currency issuances from January-April were $115 billion, with the US dollar share almost 95%, and China accounting for $75 billion of the sum with big property and technology group transactions. Malaysia led ASEAN with 5% of activity, including a $2 billion sovereign samurai bond.

Hong Kong’s Monetary Authority, while intervening as the local dollar reached the lower part of the band against the greenback, unveiled a ‘green and sustainable” finance framework to match the government’s 2030 climate action plan seeking to slash carbon emissions by two-thirds.

Korea also has one of the region’s most advanced housing bond markets, including mortgage-backed and covered versions. The ADB praises their liquidity and credit risk contributions, though property overheating especially around Seoul is an offsetting worry reflecting East Asia’s fixed-income trade-offs.