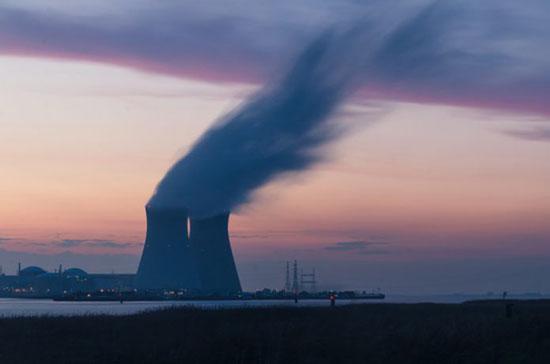 Attitudes about nuclear energy are changing, with pundits on both sides of the aisle touting its benefits for extremely efficient and relatively clean energy. Despite an ever more positive public opinion, the nuclear industry in the United States, the largest in the world, is currently experiencing a downturn, even going so far as to need government subsidies to keep afloat.

In fact, at present the fastest growing sector of the nuclear industry is profiting not off of growth, but off of the nuclear sector’s slow death in the United States. According to reporting by Bloomberg, “the fastest growing part of the nuclear industry in the U.S. involves a small but expanding group of companies that specialize in tearing reactors down faster and cheaper than ever before.” this statement begins the article appropriately entitled “Fastest-Growing Nuclear Business Is Tearing Down U.S. Plants“.

Tearing down old nuclear reactors is no easy feat, however. Not only is it historically extremely expensive, it’s also highly hazardous. Even in nuclear plants in good condition, it’s a job that requires the utmost level of care and a ton of specialized gear in order to protect workers from radioactive materials. “Those who do handle radioactive material must first don protective suits that are inherently cumbersome and are further encumbered by the air hoses needed to allow the wearer to breathe,” a report from the Economist details. “Even then their working hours are strictly limited, in order to avoid prolonged exposure to radiation and because operating in the suits is exhausting. Moreover, some sorts of waste are too hazardous for even the besuited to approach safely.”

And then there are reactors that have experienced a recent accident or meltdown–they need cleanup more than any other, but who should be the workers who have to risk their own health for the health of the masses? According to some forward-thinking scientists and other experts in the field, there is a clear and humanitarian answer to this question. Robots. Some may remember that this idea is not a totally new one, and a robot was sent into the Fukushima nuclear power plant in Japan shortly after an earthquake-related nuclear disaster took place there in 2011. Some remotely operated robots have already become a standard fixture in the decommissioning of nuclear facilities, but the machines widely in use are not yet sophisticated enough to easily and efficiently do the complex tasks necessary to clean up a nuclear reactor. One team at Lancaster University has been working on a new, semi-autonomous robot that would be able to perform the kind of actions that the current robots can’t, making nuclear cleanup an even easier and less dangerous job.

Some discerning readers may find the idea of leaving such a hazardous task in non-human hands disturbing. And as well they should. “It’s very unlikely that a truly autonomous robot will be trusted with nuclear decommissioning tasks any time soon,” reassures a report from ExtremeTech. “After all, AI is still far from perfect, and the stakes are as high as they get when you’re dealing with highly radioactive materials in large enough quantities to cause runaway nuclear reactions.” The semi-autonomous robot developed by the Lancaster University group “splits the difference” by giving the robot some AI capabilities but ultimately leaving a human operator in charge.

According to ExtremeTech, “the team created imaging software that lets the robot “see” the world around it and identify objects like pipes, handles, and other materials common inside nuclear decommissioning sites.” The robot is still in a development phase and has yet to be tested in a scenario with real radioactive materials, but it is likely a pioneer in what will become an industry-wide standard of operation.

With the nuclear power industry set for major growth in Asia, and studies showing that the United States has enough Uranium to stay powered for hundreds more years, nuclear waste cleanup will not only continue to be a growing sector, and an extremely costly one at that, but it will be more important than ever.