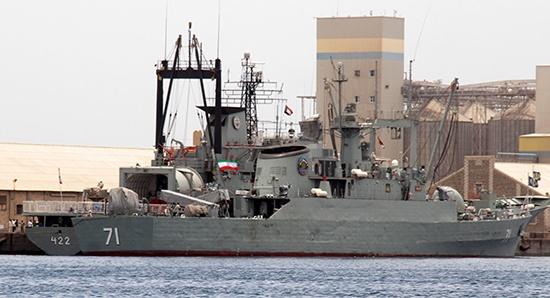 On 20 June, Iran downed a US spy drone, stating that it had violated the Iranian border. The US military confirmed that the aircraft had been shot down, claiming, however, that it was flying in international airspace in the Strait of Hormuz.

Everyone saw the downing of the unmanned drone”, navy commander Rear Admiral Hossein Khanzadi was quoted as saying by the Tasnim news agency. “I can assure you that this firm response can be repeated, and the enemy knows it”.

Addressing the rising tensions between the countries, Iranian presidential advisor Hesamodin Ashna stressed that the US offer to hold talks with no preconditions is unacceptable considering the sanctions currently in effect against Tehran.

US President Donald Trump previously claimed that after the incident Washington planned a retaliatory attack, which was aborted 10 minutes prior to its start. Trump noted that the airstrike could have led to the deaths of around 150 Iranians, according to Pentagon estimates, and he decided it was a disproportionate response.

In the meantime, the US president stressed that he hadn’t “called the strike against Iran BACK”, but rather “just stopped it from going forward at this time”. The US also introduced a new round of sanction against the Islamic Republic.

The drone was downed amid another escalation between Tehran and Washington, with the US increasing its military presence in the Middle East, citing an alleged threat from Iran.