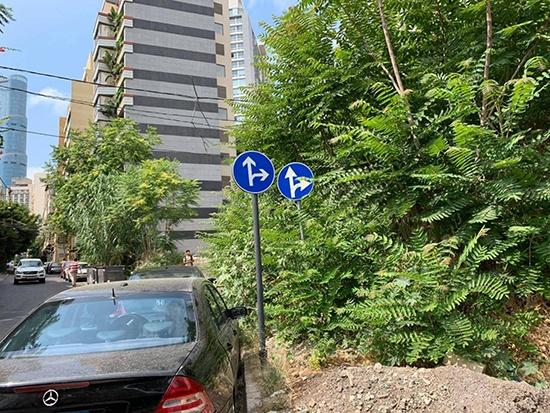 The responsibility of the public official for this travesty is obvious to everyone, but who else is responsible for this lack of accountability?

BEIRUT: People always repeat the same mantra about corruption being the biggest problem in Lebanon. And when that’s said, everyone around nods wisely and approvingly, as if corruption is some sort of wart, and all we have to do to eradicate it is to bring a dermatologist to cut it out, and everything would be fine.

It is self-evident that corruption is a major problem in the country, but I believe we have a bigger underlying disease that is tainting all aspects of our lives.

To discuss this issue, we first have to define corruption, and it’s not as easy as it sounds. US Supreme Court Justice, Potter Stewart, once said, “I can’t define pornography, but I know it when I see it.”

I’d like to take a stab at the definition, so here goes.

Corruption is the action of a person in a position of public trust, actively breaking rules and regulations, in return for bribes or personal benefit.

Take a look at the first enclosed picture which I took in Achrafieh yesterday. Is that really corruption?

I mean, if there were a bribe given to install these signs unnecessarily, they could have at least removed the old sign. Even more profitable for the company installing them, it could have just done nothing and lied by saying it did. After all, the old signs look quite serviceable. Perhaps the company doing this overcharged or bribed someone to bypass the lowest bid process (if there even were such a process) to get the contract — I don’t know — but they did have enough ethics to complete their assignment of installing the redundant signs.

However, one thing is certain, that the granter of the contract — the public official entrusted with spending public funds, our taxes, did not inspect the area to see if it needs a new sign. This official clearly also did not inspect the work after completion, for quality control. This can only be explained by laziness, negligence, or nonchalance in the conduct of his job, of applying proper care and diligence in spending the taxes paid by hard-working Lebanese citizens.

Have you ever noticed that more often than not, and in several different municipalities, you tend to see lamp posts on during the day and off at night?

The second picture is in Sassine Square in Achrafieh. The third picture is all the way up in the mountains above Bikfaya. So, it’s almost as if there’s a country-wide coordination of incompetence and negligence.

Is anyone getting bribed here to turn them on during the day? Is anyone benefiting from the wasted energy and cost to light up the streets during the day? I doubt it. In a country where the electricity deficit is the primary cause of our crippling debt, and thus the government is incapable of supplying 24-hour electricity, is it acceptable to have this squandering of energy and public funds, in numerous neighborhoods and municipalities?

Clearly, both of these instances are issues of waste; wasting public funds due to negligence, not giving a damn, and failure to supervise. The public employees in charge of these activities feel so safe in their jobs, that time after time, breaches like these happen with no repercussions in their performance review or job security, assuming there even is a genuine performance review.

The responsibility of the public official for this travesty is obvious to everyone, but who else is responsible for this lack of accountability?

I once attended a short speech by Deputy Prime Minister Ghassan Hasbany who said something quite obvious, but also identified the crux of the problem.

He said that in any situation of bribery, there’s someone being bribed, but there’s also someone doing the bribing.

The culpability of the public official receiving the bribe is obvious, but who’s doing the bribing? It is the average citizen — you and I.

Similarly, in this case, when signs are installed unnecessarily or when the lamp posts are lit during the day, other than the public official, each one of us is also responsible, because we are facilitating this negligent behavior and not holding these officials accountable to us, the Lebanese taxpayers.

These useless signs have been up for weeks now. Other than some Facebook posts where we get a lot of likes, anger emojis, and laughter emojis, where is the public outrage? Where is the demand for accountability, the investigation, the punishment?

There certainly are technological solutions to this problem, like an automated switch that turns the lights on at sundown and turns them off at sunrise, but the other question is this.

What would happen if someone in a position of authority passes a decree stating that whenever a lamp post is lit during the day, the person in charge of the switch, as well as his supervisor, loses a week’s salary the first time this happens, a month’s salary the second time, and gets fired the third time?

I’ll bet we won’t see too many lamp posts on during the day.