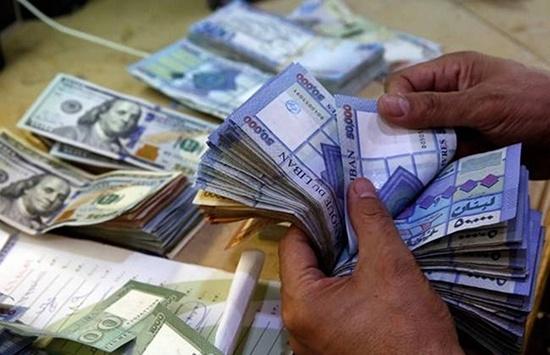 BEIRUT: Chadi graduated from college in 1999 and was hired by a Lebanese company for a monthly salary of LBP 800,000, an annual package of LBP 9,600,000 per year, out of which LBP 42,000 are deducted as income tax on salaries and wages. Chadi benefits from a family allowance deduction as a single person amounting to LBP 7,500,000 per year.

On the other hand, the company’s manager Ghassan, pays an income tax on salaries and wages estimated at LBP 2,685,000 instead of LBP 1,654,000 which means he is paying an estimated tax of LBP 1,031,000 (1.62 times the due amount), because fair adjustments were not applied. It is to be noted that salaries within the lower spectrum are more susceptible to unjust taxation.

Family allowance deduction for a married employee currently amounting to LBP 10,000,000, provided that the wife is unemployed, should be amended to reach LBP 22,500,000 (2.25 x 10,000,000). Thus, the amount ranging between LBP 10 Million and LBP 22.5 Million should be taxable instead of being subject to complete exemption.

Amendments should not only cover family allowance deductions but also, annual income tax ranges. For example, the first range from zero to 6 Million, subject to 2 percent tax, should be raised to LBP 13.5 Million (6 Million x 2.25) or 20-fold the minimum wage (20 x 675,000) as opposed to the current 20 times the previous minimum wage (20 x 300,000) equal to LBP 6 Million. As a result, Lebanese citizens are paying an unjustified tax of 4 percent instead of 2 percent on income ranging between LBP 6 Million and LBP 13.5 Million.

Why not apply the same amendments on salaries and wages? especially that fiscal evasion in this category (second category) does not exist since taxes are deducted at the source and target the majority of citizens in private and public sectors mainly those with limited income.

Indirect taxes are not the only unfair taxes. Payroll taxes are unfair as well, due to the lack of required tax rectifications, which has resulted in huge financial burdens inflicted on Lebanese citizens during the last 10 years.

It is strongly advised during a recession to offer tax incentives to draw in investments and lower taxes if possible in order to increase expenditures and boost the economy especially that these taxes are being paid unjustly.

In 2017, I warned against the consequences of increasing taxes amid a recession, which would drive the economy into a depression and raise less revenues to the State, according to the theory of Laffer Curve. Unfortunately, my warning fell on deaf ears and depression is now prevailing. Will they listen this time or will the Lebanese suffer the consequences?