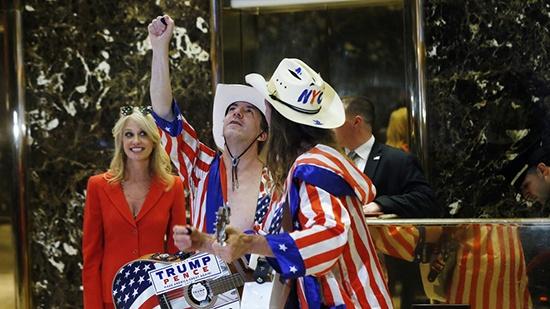 Former CIA director David Petraeus was considered for secretary of state, but there were “red flags”: he was against “torture” and a “military solution in Syria,” according to leaked vetting documents from Trump’s transition team.

A trove of internal vetting documents, compiled by the Republican National Committee (RNC) at the behest of then-president-elect Donald Trump’s team, were leaked to Axios, which reported the scoop on Sunday.

While there is nothing unusual in a vetting process during which candidates’ histories are checked for potential problems, the documents give a glimpse into Washington’s “swamp,” and have been picked apart for eye-catching quotes by commentators and Twitter ‘pundits.’ Some were dumbfounded by the RNC choice of that particular concern.

For instance, four-star general Petraeus, who was mooted for the secretary of state job, had many red flags in the eyes of those who combed through his biography – and one of them was that the former CIA chief was opposed to torture.

Re: Petraeus, the prior affair and leaking of classified docs no problem, but opposition to torture? That was the “red flag.” https://t.co/V8fNnQtAk7

One red flag for Gen. David Petraeus, who was under consideration for Secretary of State and National Security Adviser: “Petraeus Is Opposed to Torture.”🤨🤨🤨

THAT was their red flag for Petraeus? https://t.co/CEYxgb6mYx

Petraeus’ argument that there can be no military solution to the Syrian conflict was also marked as a possible non-starter in the report, as well as his criticism of Brexit and the hardline approach to Russia.

People who ultimately got the top government jobs also had some interesting red flags on their files, according to Axios.

Former US ambassador to the UN Nikki Haley was flagged for saying that Trump is everything “we teach our kids not to do in kindergarten.” Mick Mulvaney, now Trump’s acting chief of staff, reportedly considered the president “is not a very good person.” Former US secretary of state Rex Tillerson, who Trump fired in March last year,  received a black mark from the RNC vetting team for having a history of doing business with Russia, supposedly as the head of ExxonMobil. “Tillerson’s Russia ties go deep,” his form stated. Former EPA head Scott Pruitt caused concern over “allegations of coziness with big energy companies.”

Most of the vetting files had a section called “red flags,” where the vetting team noted concerns about potential top officials.

Axios categorized them all — for the nearly 100 people whose vetting documents we received. https://t.co/itS0LXtkme

These documents confirm what we already know: Trump placed swamp creatures into high government positions, which he still does today.
Remove them all.

Addressing the leak, the White House hailed Trump’s ability to pick the right people, calling his administration “an incredible team” of professionals. White House Deputy Press Secretary Hogan Gidley also lashed out at the source of the leak, labeling it “cowardly,” suggesting that those behind it were “disgruntled, establishment, DC swamp creatures.”

Despite her sharp criticism of then-US-president-elect Donald Trump, it appears that current Democratic presidential hopeful Tulsi Gabbard, a US army veteran, was deemed suitable by Team Trump to head the Department of Veteran Affairs. Gabbard’s file is relatively thin. It suggests grilling the Hawaii Democrat on her support for Bernie Sanders and a controversy over her skipping a Veteran Affairs hearing to go “extreme surfing” back in 2014 instead.

It was reported at the time that Gabbard met with the president-elect and his transition team officials in Trump Tower, and was considered for jobs at the Defense Department, State Department and the United Nations.