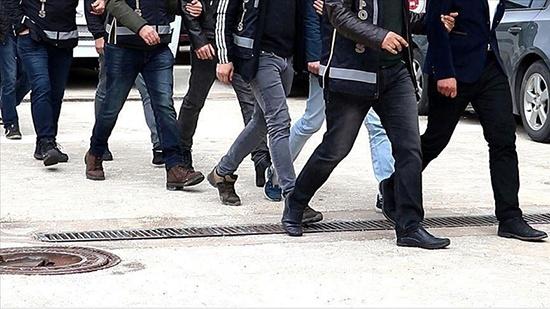 Turkish prosecutors have issued arrest warrants for 32 people with suspected links to the FETÖ, the group behind the 2016 defeated coup, a judicial source said on June 24.

Arrest warrants were issued for the suspects as part of a probe into the terror group’s clandestine network in the Turkish Land Forces, a statement by the prosecutors in the capital Ankara said.

The suspects were found to have communicated with “covert imams” — a senior FETÖmember — using pay phones, the statement read.

Some 17 of suspects were active-duty officers in the Turkish Armed Forces, it said, adding that administrative measures have been imposed for others.

The suspects also include two “covert imams” of FETÖ, it said.

Security forces arrested the suspects — including four prison wardens, a teacher and three civilians — accused of being members of the terror group and using phone lines used by senior level members of FETÖ.

FETÖ and its U.S.-based leader Fetullah Gülen orchestrated the defeated coup of July 15, 2016, which left 251 people killed and nearly 2,200 injured.

Turkey accuses FETÖ of being behind a long-running campaign to overthrow the state through the infiltration of Turkish institutions, particularly the military, police, and judiciary.