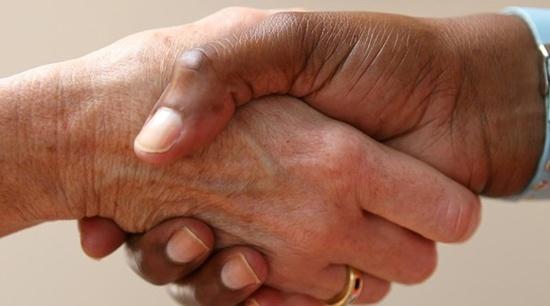 The G20 has gradually transformed itself from a forum for economic crisis management — through international cooperation and discussion on specific policy issues — to a grand gathering, in which world leaders come together to reaffirm their commitment to already agreed global goals.

The leaders of the world’s twenty largest economies will meet for the next G20 summit in Japan against the backdrop of a very grim global economic situation. In a speech delivered at the US Chamber of Commerce in Washington DC, the International Monetary Fund (IMF) Managing Director, Christine Lagarde, described the global economy as being at a ‘delicate moment.’ [i] The World Economic Outlook 2019 predicts a decline in the rate of growth in 2019 for nearly 70 percent of the global economy. Global growth reduced to 3.6 percent in 2018 from a high of 4 percent in 2017 and is likely to reduce further to 3.3 percent in 2019. [ii] The World Trade Organisation’s (WTO) World Trade Outlook Indicator (WTOI) [1] released last month also presents a similar worrisome picture. The value of the WTOI at 96.3 is below the baseline value of 100 for the index, indicating below-trend trade expansion for 2019. [iii] Sharp declines have been observed in most of the component indices of the WTOI [2]; indices for export orders (95.3), international air freight (96.8), automobile production and sales (92.5), electronic components (88.7) and agricultural raw materials (94.3). [iv]

While there are some hopes of recovery in the second half of 2019, overall the chances of a revival can at best be regarded as slim because of a number of reasons: possibilities of a no-deal Brexit, recent increase in oil prices, high corporate debt levels, uncertainties over China’s growth, and a further escalation in trade tensions between the United States and China. According to IMF estimates, the combined effect of tariffs imposed in 2018 and additional tariffs imposed this year will be reduction in global GDP by 0.5% in 2020. [v] The impact of US-China trade wars will also be felt in many others countries through global value chains and cross-border investments. It is difficult to believe that the G20 leaders are content with the current state of the global economy. But will they be able to work together to avert the current crisis?

The annual G20 summits were established in the wake of the global financial crisis. The main objectives of the G20 were policy coordination between members for global economic sustainability and financial regulation to reduce risks and prevent future financial crisis. The G20 summits in 2008 and 2009 can be regarded as the most successful summits so far. In the London summit, world leaders were able to constitute a global plan for recovery: treble resources to the IMF to support an Special Drawing Right [3] (SDR) allocation of $250 billion, support $100 billion of additional lending by the Multilateral Development Banks, ensure $250 billion of support for trade finance, and to use the additional resources from IMF gold sales for concessional finance for the poorest countries, constitute a $1.1 trillion programme of support to restore jobs, growth, and credit in the global economy. [vi] There were many immediate benefits of such a coordinated action by the world’s largest economies. The G20 countries managed to prevent countries from engaging in beggar-thy-neighbour policies to improve their own economic situation vis-à-vis others and made a strong statement against protectionism. As is clear, these gains have now been overturned and political leaders are less likely to be able to agree upon a coordinated solution to the current challenges that the world economy is facing. One of the biggest current failures is the dropping of the pledge to ‘resist all forms of protectionism’ has been dropped and the group’s response to most global challenges from the summit communiques under pressure from the US.

Over the years, G20 has gradually transformed itself from a forum for economic crisis management through international cooperation and discussion on specific policy issues to a grand gathering in which world leaders come together to reaffirm their commitment to already agreed global goals. In fact, some analysts have also argued that the world would not lose anything if the G20 summits are discontinued. Others like Adam Triggs assert that G20 does influence macroeconomic policies of member countries although the strength of the influence often varies across countries and policy area. [vii] However, it is increasingly getting clear that the G20 summit is failing to address key concerns around global growth, job creation and investments and its record of a practical follow up to its communique is very poor. Whether our political leaders arrive at any concrete decision to improve the global economic situation or will the Japan summit be just another gathering is the billion-dollar question.

[1] WTOI value of 100 indicates trade growth in line with medium-term trends; values greater than 100 suggest above-trend growth, while those below 100 indicate below trend growth.

[3] Special drawing rights (SDR) refer to an international type of monetary reserve currency created by the International Monetary Fund (IMF) in 1969 that operates as a supplement to the existing money reserves of member countries.