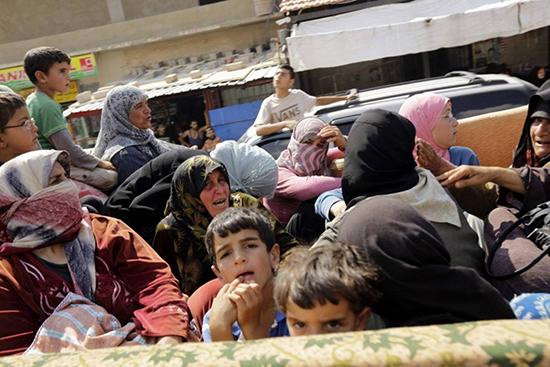 This is a call to go back to constructing public policies to avoid falling into the abyss.

So far, Lebanese politicians have curtailed Lebanon’s ability to soundly manage two major crises: the Palestinian refugees’ crisis and that of the displaced Syrians. The two crises, and in a very critical period where the world is observing the “Deal of the Century,” are complex, and their solution, or lack of, is affected by Lebanon’s internal cleavages (sectarianism and communalism), as well as external factors at the regional and international levels. Still, the main reason behind the inability to tackle these crises emanates from the non-scientific, unprofessional, populist approach of some of Lebanon’s politicians who often resort to rhetoric of intimidation and fear-mongering rather than responsible policymaking.

There are no shortages of academic studies and investigative research based on facts and figures as well as policy proposals that address these two crises with clear steps to tackle the humanitarian, sovereign and diplomatic dimensions of these questions in line with the humanitarian and international law, and Lebanon’s commitment to the UN and the Arab League’s positions. As a founding member of these two organizations, Lebanon’s adherence to international and regional frameworks would guarantee its sovereignty while respecting the dignity of refugees and indeed its citizens. Some of these studies recommend that Lebanon enacts a pro-active diplomacy to push for multi-lateral solutions to the causes of the refugee crises while steering away from exacerbating communal tension between refugees and their hosts, which would have disastrous outcomes on both groups. But since such evidence-based approach to policymaking was downplayed in favor of producing a course of political clashes both on the local and international and regional levels, it is essential to make those responsible for such failure accountable.

Lebanon and the Palestinian Refugees: Misery and Absence of Sovereignty and Devastation

The Palestinian Refugee camps constitute loci of misery and poverty subjected to the power of “expired” arms with dwindling optimism on Palestinian’s “Right of Return.”

The shadows of the history of the Lebanese-Palestinian relationship during the Lebanese civil war still exist. There were significant steps, particularly after 2005 to build positive relations. In 2006, a roadmap was devised to improve the situation of the Palestinian refugees by launching a community development plan for the camp, and a Lebanese-Palestinian Dialogue committee was established at the Presidency of the Council of Ministers to engage politically with the issue. The international community was to take care of the financing the plan via the UNRWA. An agreement had also been reached to impose the state’s sovereignty within the camps and decommissioning arms from Palestinian factions outside the camps. The plan stressed on supporting the Right to Return via a comprehensive and serious diplomatic approach. However, the Nahr el-Bared camp (2007) clashes hindered the implementation of the plan.

The only realized outcome under this plan consisted of the release of a universal document titled “A unified Lebanese Vision for the Palestinian Refugees’ Affairs in Lebanon.” The Lebanese-Palestinian Dialogue Committee had minutely worked on this document, which was released under the sponsorship of the Prime Minister in June 2018 and presented to the President of the Republic. However, until this day, the document has not been endorsed by the Council of Ministers.

The failure in endorsing and implementing this document that was formulated as a public policy highlights the double-standards of the Lebanese political forces in dealing with a crisis that has been ongoing for the past 71 years. To confront the “deal of the century,” and instead of standing behind slogans of mobilization, it would have been more useful to work according to this document in a way as to shield the rights of both Lebanon and the refugees. However, the flattening of the political approaches, which are being translated through the media to the public opinion, constitutes a threat to the struggles of both the Lebanese and the Palestinian refugees.

Since 2011, Lebanon has been hosting more than a million Syrian Refugees (“Displaced,” according to Lebanese Government official position) who fled violent injustice and bloody terrorism. Some Lebanese stakeholders had played a role in pushing these people to leave their cities, towns and villages in Syria, which clearly violated the “disassociation” position that Lebanese Government and political groups in Lebanon agreed on early in the Syria crisis. The issue needs further deliberation especially with the involvement of regional and international actors in the Syria crisis. But it is key at the moment to engage in this aspect where tens of thousands of Syrian refugees in Lebanon displaced from border areas of Qalamoun, West Qalamoun, Zabadani, and Al-Quseir can straightforwardly return to these areas if allowed.

Since 2011, the political groups in Lebanon have been divided on how to manage the displacement crisis. No public policy was enacted to guide the government’s dealing with a crisis of such scale, although several drafts were prepared but were met with stubbornness, obstinacy, arrogance or disregard. Thus, the Lebanese were left with rhetoric, which would be utilized to escalate political and community divisions when needed.

The situation of the displaced Syrians is miserable and so is the situation of the host communities, who are fatigued after eight years of the crisis. Meanwhile, the settlement of the crisis in Syria is facing no horizons and the Russian initiative is stumbling. It is worth reflecting here on the role of the Lebanese political forces in dealing with the crisis, and in particular, the utmost need for diplomatic approach to work on highlighting the real reasons that hinder the return of Syrian refugees to their homes, especially the absenteeism of Syrian authorities from providing legal and security guarantees to facilitate the return.

In parallel to the Lebanese government’s failure to come up with a comprehensive public policy regarding the displaced and covering the humanitarian, sovereign and diplomatic aspects, the international community is also failing in finding a multilateral political solution to the crisis in Syria.

Such factors cannot be dealt with by stirring instincts and exacerbating communal tension through xenophobic statement, but rather by coming up with scenarios based on human dignity, respecting international and national laws, and, of course, addressing the concerns of both the displaced and the Lebanese people.

The Lebanese-Palestinian memory is still worried and scared with despair, and the Lebanese-Syrian memory is suffering from visible cracks while the concerned parties are engaged in a surrealist take on the crisis marred with populism and extreme views that are only deepening the wounds.

This is a call to go back to constructing public policies to avoid falling into the abyss.

Ziad El Sayegh is an expert in public policies and refugee crises.

Nasser Yassin is the Director of Research at the Issam Fares Institute for Public Policy and International Affairs, and Assistant Professor of policy and planning at the Health Management and Policy Department at the American University of Beirut.