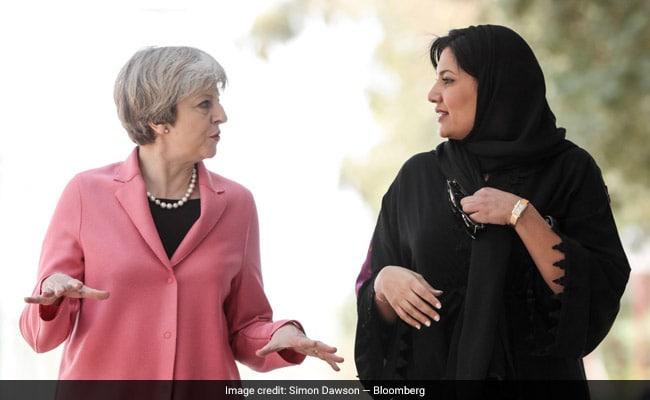 Saudi officials say she knows the challenges she’ll have to confront in Washington.

Saudi Princess Reema bint Bandar bin Sultan has a daunting task as she prepares to take up her role as the kingdom’s ambassador to Washington with relations at their lowest point since the Sept. 11 terrorist attacks.

The murder of columnist Jamal Khashoggi, the long-running war and humanitarian crisis in Yemen and the detention of Saudi female activists have all shattered the kingdom’s relations with much of the Washington establishment. The princess, expected to arrive in the U.S. capital within weeks, will try to begin reversing all of that.

“With the exception of the Trump administration, political attitudes in Washington toward Saudi Arabia are toxic these days,” said Fawaz A. Gerges, a professor of international relations at the London School of Economics. “She will have to actively engage members of Congress and the foreign policy elite and reassure them that Saudi Arabia hears their concerns. Her mission is very daunting.”

The crisis in relations is undermining what could have been a golden era in Saudi-U.S. ties. President Donald Trump arrived at the White House as Crown Prince Mohammed bin Salman was consolidating his power as the kingdom’s de facto ruler, promising sweeping economic and social changes for a country long criticized for its record on women’s rights and adherence to a strict 18th century interpretation of Islam.

Trump made Saudi Arabia the centerpiece of his Middle East strategy of isolating Iran, hosting Prince Mohammed in the Oval Office months after his inauguration, promising hundreds of billions of dollars in weapons sales to the kingdom and making his first trip abroad as president to Riyadh, where he took part in a ceremonial sword dance.

Instead, Saudi Arabia has become a pariah in Washington outside the Trump administration. Senior lawmakers in both parties who struggle to get any legislation passed remain unified on the issue of punishing the kingdom, and the crown prince in particular, for the killing of Khashoggi and the war in Yemen, which the United Nations calls the world’s worst humanitarian crisis.

For supporters of a strong U.S.-Saudi alliance, the constant flow of bad news hasn’t let up. Last week, a U.N. expert assigned to investigate the October killing of Khashoggi at the Saudi consulate in Istanbul released grim new details about his murder and dismemberment, recommending a probe into the possible role of Prince Mohammed in the incident.

The official, Agnes Callamard, said she found no “smoking gun” and that “no conclusion is made as to guilt,” but in a 100-page report she said there was “credible evidence, warranting further investigation of high-level Saudi officials’ individual liability, including the crown prince’s.”

Saudi officials rejected her findings and have repeatedly said the crown prince wasn’t involved in the killing. The kingdom’s minister of state for foreign affairs, Adel Al-Jubeir, said that Callamard’s report “presented many unfounded accusations, including the violation of a number of international conventions, and is totally unacceptable to the leadership of the Kingdom,” according to the official Saudi Press Agency.

The same week as the U.N. report, the Republican-controlled Senate voted to block $8 billion in arms sales to a handful of countries led by Saudi Arabia. It was a rare bipartisan rebuke of Trump after he used an emergency declaration to move forward on the deal despite congressional objections.

Enter Princess Reema. The daughter of former Ambassador to the U.S. Bandar bin Sultan — renowned as one of the most influential Saudi envoys during his 22 years in Washington — the princess arrives with a deep knowledge of U.S. politics and culture and a reputation as an advocate for women’s rights.

While some others in the extended royal family have been stripped of influence and wealth, the princess remains well-connected: Her grandfather was the brother of King Salman.

Saudi officials say she knows the challenges she’ll have to confront in Washington.

Princess Reema “realizes that bilateral relations have been tested in the past but that the two countries have always managed to overcome their differences,” Fahad Nazer, the spokesman at the Saudi embassy in Washington, said in response to emailed questions. “Princess Reema will do all she can to make sure that this strong partnership not only endures but that it continues to strengthen well into the future.”

She will arrive in Washington amid heightened concerns about a military clash between the U.S. and Saudi rival Iran. Saudi officials, who have long pressed for tougher U.S. measures against Tehran, arguably haven’t had as strong a relationship with the White House since the days when Princess Reema’s father, who was nicknamed Bandar Bush for his close relationship with President George H.W. Bush, operated out of the kingdom’s embassy.

“Saudi Arabia greatly values its strategically vital bilateral relations with the United States,” Nazer said. “Princess Reema is committed to ensuring that the relationship continues to strengthen and broaden on the political, military, economic and cultural fronts.”

Princess Reema emerged as a key player in the kingdom’s efforts to revamp its relations with the U.S. before being appointed ambassador. In January of last year, she went to the World Economic Forum in Davos, Switzerland, where she defended Saudi Arabia: “There is a determination to not allow us to create a new narrative,” she said. “And my question is: Why?”

A graduate of George Washington University in Washington, the princess has spoken out on issues of gender discrimination in the kingdom, arguing that it can’t afford leaving women out of full participation in its workforce. She traveled to the U.S. last year, speaking at the Atlantic Council on Prince Mohammed’s economic agenda. She also has worked with the Saudi Education Ministry to include sports education for girls in schools.

In the U.S., Uber added Princess Reema to its global policy advisory board in May 2016. The same year, the Saudi Arabian Public Investment Fund completed a strategic investment in Uber, and took a seat on the ride-hailing company’s board.

She’ll find a receptive audience in the Trump administration, which continues to defend the U.S.-Saudi partnership, backing the kingdom-led military alliance fighting in Yemen and saying it supports justice for Khashoggi without pointing blame at Prince Mohammed. Saudi Arabia would be a linchpin of Jared Kushner’s long-promised Middle East peace plan. The president’s son-in-law and senior adviser, who’s leading a conference in Bahrain this week on potential economic aid to Palestinians, forged a partnership with the crown prince early in Trump’s administration.

In a recent interview with Asharq Al-Awsat newspaper, Prince Mohammed said that “strategic relations with the U.S. will not be affected” by what he described as “media campaigns or arbitrary stances.”

Princess Reema’s challenge will be to try to refocus the image of Saudi Arabia and the crown prince as the harbingers of a moderate form of Islam that breaks with kingdom’s past, according to James M. Dorsey, senior fellow at Singapore’s S. Rajaratnam School of International Studies and its Middle East Institute. It ‘s likely to be a long-term project.

“It will take substantially more to soften the kingdom’s critics in Congress and beyond,” Dorsey said. “To achieve that, Reema would have to be backed by some real changes.”