Why is it that every time Donald Trump gets together with Xi Jinping, someone gets busted on a sanctions violation? I’m not privy to the inner workings of our cops and spooks, so I’m just asking. While Trump and Xi sat down to dinner at the November 2018 Group of 20 meetings in Argentina, the chief financial officer of Huawei was arrested in a Vancouver airport transit lounge. Now that Trump and Xi are meeting again next week at the Osaka Group of 20 meetings, there are reports of a contempt-of-court order against Chinese banks for violation of North Korea sanctions. This has caused more than a flutter, as I reported in Asia Times.

President Trump’s relationship with the US intelligence establishment is less than satisfactory. The spooks didn’t like it when Attorney General William Barr proposed to declassify documents relating to surveillance of his 2016 presidential campaign. Elements of spookdom evidently conspired with the FBI to sandbag the Trump campaign using alleged Russian contamination as a pretext. I have argued that the CIA set up General Michael Flynn, the only senior intelligence official to call them out for incompetence and (probably) corruption.

During the past month, we’ve observed a president who steers away from unnecessary confrontation. He suppressed the advice of his National Security Adviser and chose to sanction and threaten Iran rather than start a firefight. In May, Trump overruled his advisers and declared that North Korea’s latest missile launch was not a violation of UN resolutions, contradicting then Acting Defense Secretary Patrick Shanahan. Shanahan has since stepped down, reportedly for personal reasons. He chose to declare victory with Mexico and forbear from imposing tariffs over the immigration issue. And, unlike most of his administration and the Senate neo-cons (Romney, Rubio, et al.), he wants to fold the Huawei issue into the broader trade negotiations.

He can’t have missed the fact that most economic indicators are weakening ominously. All the surveys of business activity show a slowdown, pointing to 1% growth rather than 3% growth. That’s not the sort of economy that wins elections. And there’s no question but that the trade war with China is dampening economic activity, above all by postponing investment decisions. In a world of global supply chains, no-one will commit money until the dust settles.

I’m an Always Trumper. I want the president to win another term. If I complain about tactics, it’s because I want him to succeed. The right thing to do now is to declare an armistice in the long-run economic war with China, and concentrate on building up American semiconductor and communications manufacturing to out-compete the Chinese. The trade war has taken a heavy toll on economic growth, and the American campaign to persuade our allies not to use Huawei telecom equipment for the 5G mobile broadband rollout is a humiliating failure. It’s well and good for the likes of Mitt Romney and Marco Rubio to demand an implacably hard line against China. They want Trump to lose.

That takes us back to the spooks. Why is Huawei’s dominance of the 5G equipment market such a sticking point? I asked a former head of the CIA this question, and he said, “It comes down to whether you want us to have your data, or China to have your data.”

Supposedly the Chinese can plant bugs in telecom equipment that will ship all our data back to the Ministry of State Security in Beijing. But it’s not that simple. For one thing, ALL the telecom equipment sold by EVERY company in the world contains Chinese components. There’s no other place to make some of them. Why aren’t we building new plants on a crash basis to make our own components?

The more important point is that 5G gives you a massive enhancement of data transmission. That means, among other things, that every national mobile carrier could use 256-bit encryption for ordinary phone calls, rather than the 128-bit encryption available with 4G mobile broadband.

In practice, that means that no supercomputer in the world could decipher an encrypted phone call – not the CIA nor the Chinese. One would need a quantum computer, and they aren’t yet available. So I’m not sure that the former CIA director was being quite candid with me (presuming that he understood the question): The issue, as I understand it, isn’t whether the US or China steals the data, but whether anyone will be able to steal the data.

Now, the US intelligence community has a budget of $80 billion a year and spends most of it on SIGINT (signals intelligence). If 5G allows a much higher degree of data privacy, a lot of spooks will be out of work.

I don’t have any inside information, so I can only guess. But I don’t think that our intelligence agencies have President Trump’s best interest at heart, or that they are giving him the information he needs. And I wouldn’t put it past them to spit into the punchbowl at the Group of 20 meetings. 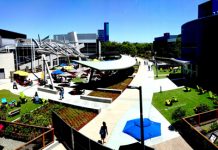