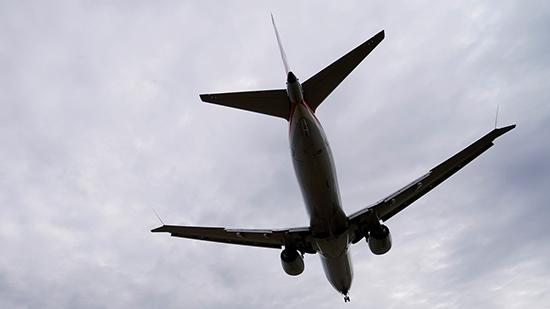 The new FAA discovery raises the potential for a lengthy delay if Boeing is unable to address the problem by making software changes and instead has to consider hardware upgrades.

The Federal Aviation Administration has discovered a potential problem connected to the flight control computer on Boeing’s 737 Max jets that, in rare circumstances, could force the plane to dive in a dangerous, uncontrolled fashion.

Highly experienced FAA test pilots were concerned that they could not “quickly and easily follow the required recovery procedures,” according to a person familiar with the testing who requested anonymity to discuss the findings Wednesday.

The problem is not the same as the faulty data issue that investigators say contributed to the crashes of 737 Max planes in Indonesia and Ethiopia.

In each of those two crashes, investigators say bad information from an external sensor caused an automated feature known as the Maneuvering Characteristics Augmentation System (MCAS), to automatically push the planes’ noses down.

In the latest case, the problem “was traced to how data is being processed by the flight control computer” itself, according to the person familiar with the findings.

The aircraft has been grounded since March.

“The FAA recently found a potential risk that Boeing must mitigate,” the agency said in a statement. “The FAA will lift the aircraft’s prohibition order when we deem it is safe to do so.”

The FAA made the discovery during simulator sessions meant to test the plane’s overall flight control software and Boeing’s proposed fixes to its MCAS feature. Its testing procedures are designed to find and “highlight potential risks,” the FAA said.

“Boeing agrees with the FAA’s decision and request, and is working on the required software,” the company said in a statement.

A company spokesman declined to answer questions about how long it will take to address the new issue or why Boeing itself had not discovered the risk earlier.

Boeing said addressing the issue “will reduce pilot workload by accounting for a potential source of uncommanded stabilizer motion.”

“Uncommanded stabilizer motion” is a reference to an automatic adjustment in the position of the horizontal stabilizer on the plane’s tail, which can make the aircraft ascend or descend.

The person familiar with the testing said the FAA pilots were unable to quickly follow the steps Boeing and the FAA have described when pilots experience a “runaway” horizontal stabilizer.

The new FAA discovery raises the potential for a lengthy delay if Boeing is unable to address the problem by making software changes and instead has to consider hardware upgrades. The agency has instructed Boeing to come up with a plan for fixing the issue, which it will evaluate.

Boeing has already been working on a fix to its MCAS software for eight months, the company said. That update makes the MCAS system reliant on two external sensors, rather than just one, and prevents the feature from firing repeatedly, as occurred in the two crashes, which killed more than 300 people.