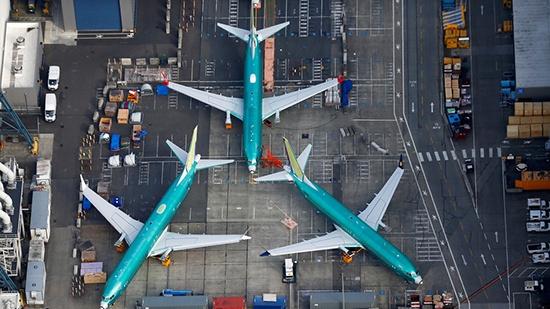 The US Federal Aviation Administration has found some new problems with Boeing’s narrow-body 737 MAX line of passenger aircraft, which have been at the center of controversy following two suspiciously similar fatal crashes.

The FAA identified additional “potential risks” that the aircraft manufacturing giant should address before the fourth-generation jet grounded in March could return to service, the agency told Reuters. The nature of this new alleged defect has not been revealed. It was discovered during a simulator test last week, according to some unnamed sources.

“On the most recent issue, the FAA’s process is designed to discover and highlight potential risks. The FAA recently found a potential risk that Boeing must mitigate,” the FAA said in a statement.

This is a new setback for Boeing, which is now expected to delay a certification test flight of the 737 MAX until at least July 8. For now, the company only said that it is “working closely with the FAA to safely return the MAX to service.”

The MAX is the newest iteration of the 737 design, which was originally introduced in the 1960s. Boeing found itself in hot water following two deadly crashes involving the planes, however, which claimed a total of 346 lives.

Both the Lion Air crash in Indonesia and the Ethiopian Airlines crash were linked to the improper work of the Maneuvering Characteristics Augmentation System (MCAS), designed to prevent the plane from stalling, which instead sent the aircraft into nosedive.

Boeing later admitted that an ‘optional’ set of indicators it sells separately could potentially have helped prevent the tragedies, but only 20 percent of the MAX jets had them. The company also did not alert FAA about the issue until the first crash, even though it allegedly knew about it since 2017, when the MAX line was introduced.

All 737 MAX aircraft were grounded internationally three months ago, and Boeing was required to upgrade its onboard software a present a new system to safety watchdogs for re-certification.