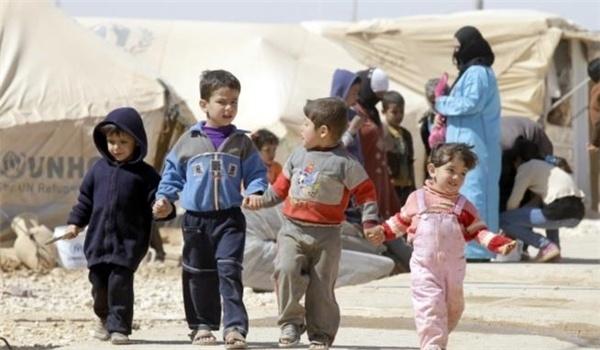 TEHRAN (FNA)- Hundreds of civilians who were forcefully kept by the US and the Washington-backed terrorists in al-Rakban in Eastern Homs near the border with Iraq managed to leave the notorious camp.

The Arabic-language al-Watan newspaper quoted special sources as saying on Thursday that a new group of nearly 665 civilians who had been taken hostage by the US and its affiliated terrorists at al-Rukban were transferred to the Syrian army-controlled regions through Jaliqam passageway in Eastern Homs.

They warned of the critical conditions of the camp, saying that residents of al-Rukban have been suffering an acute shortage of flour and formula for infants for several weeks, adding that they can rarely find these two commodities by paying a large amount of money.

The US-backed terrorists stationed in al-Rukban prevent humanitarian convoys from entering the camp.

In a relevant development earlier this month, hundreds of civilians escaped from al-Rukban Refugee Camp in al-Tanf region of Homs province.

Over 500 refugees incarcerated by the US-backed militants in al-Rukban Camp in al-Tanf region in Eastern Homs opened their way to escape from the camp, al-Watan reported.

It said that tens of Syrian families most of them women and children managed to flee al-Rukban Camp controlled by the Syrian Democratic Forces (SDF) for areas under the Syrian Army control through Jaliqam crossing.

Sources said that the exit of the civilians came after terrorists sought to block their departure from the camp.

The families who have escaped al-Rukban have confirmed lack of food and hygiene in the camp, adding that the US-backed terrorists keep people hungry and prevent their evacuation, al-Watan said.