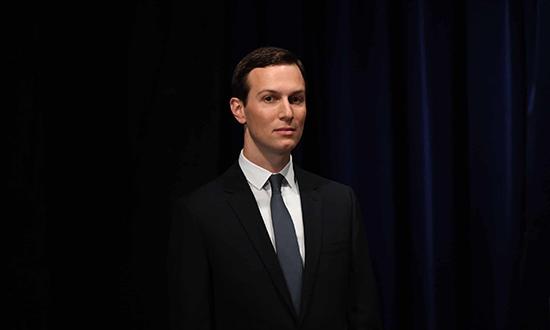 Trump’s son-in-law illustrated the $ 50 billion plan for a prosperous future in the Middle East. Palestinian leader: “Insult to our intelligence”. Dry also by the Lebanese premier. Applauded by Saudis and Israelis. Oman relaunches support for Palestinians and announces the opening of the embassy, ​​a first for a Gulf nation.

Manama (AsiaNews / Agencies) – Doors open for the Palestinian people and a harsh attack on its leaders, accused of not being interested in the well-being and future of their people. Thus ends the two-day Manama Conference, during which the US illustrated the Israeli-Palestinian “peace plan” which, according to analysts and experts, “will not solve the problem“. A project that also meets the firm opposition of Lebanese Prime Minister Saad Hariri.

At the conclusion of the conference, Jared Kushner – son-in-law of Donald Trump and “architect” of the project – stated that the doors remain open to the 50 billion dollar plan that intends to revive the stagnant economy of the Palestinian people and the entire region. The 38-year-old real estate investor has therefore clarified that he will present the political plan “at the right time”.

“If they actually want to make their people’s lives better, we have now laid out a great framework in which they can engage and try to achieve it,” Kushner told reporters. “We’re going to stay optimistic,” he said. “We have left the door open the whole time.”

The Palestinian Authority, who have from the beginning decided to boycott the plan renamed “From peace to prosperity”, accusing its creators of being pro-Israeli and safeguarding only their interests, trying to impose a [unacceptable] political solution in exchange for money.

Hanan Ashrawi, a prominent Palestinian leader in the West Bank, calls the US proposal an “insult to our intelligence” and “totally detached from reality”. The so-called “economic peace” already presented “on several occasions in the past”, he adds, has been “recycled once more” and even today it is destined to fail because “it does not deal with the real issues” that can resolve the conflict starting “from “Israeli occupation, never mentioned”.

The Director of the International Monetary Fund (IMF) Christine Lagarde and the Saudi Finance Minister Mohammed al-Jadaan welcome the project, because through funding and money it seeks to bring “prosperity” to the region. The Emirates counterpart Obaid bin Humaid al-Tayer asks to “give the initiative a chance”, while the Sultanate of Oman invites the Arab nations to support the Palestinians and announces the opening of an embassy in the Territories, the first ever for a Gulf nation.

Among the critical voices of a plan, at least for the moment, destined to fail from the outset pending the political element that Washington intends to present after the elections in Israel, there is that of Lebanese Prime Minister Hariri.

“The government, the Parliament and all Lebanon – the Sunni leader pointed out – are opposed to the so-called ‘agreement of the century'” which provides, that the Land of the Cedars, accedes to the “naturalization” of the Palestinian refugees in exchange for money (90 million about dollars).

“Our Constitution – says the head of government – prohibits the naturalization of refugees”. A position shared by the (Shiite) Speaker of Parliament Nabih Berri, according to whom “those who think they are tempting Lebanon by waving about billions are wrong”.