Its outlook, however, was changed to stable from negative.

BEIRUT: Moody’s downgraded Lebanon’s credit rating to Caa1, reflecting a higher risk that the government may implement a debt rescheduling plan “that may constitute a default.”

Amid the ongoing government Cabinet formation deadlock, Moody’s notes a higher probability of default given Lebanon’s “increasingly limited fiscal and monetary levers to contain or reverse its high debt and interest burden.”

Its outlook, meanwhile, was changed to stable from negative.

The rating agency notes that an event of default may be avoided if, upon the formation of a new Cabinet, the government implements “consolidation efforts” to unlock the CEDRE public investment package.

Lebanon secured last year an $11 billion investment package from international donors at a conference in Paris, yet these funds have yet to see the light of day as officials struggle to form a new Cabinet and undertake wide-scale sectoral reforms, mainly to the electricity sector.

On Monday, Qatar announced that it will invest $500 million in Lebanese government bonds to support the Mediterranean country’s struggling economy, offering short relief while seemingly calming the market. 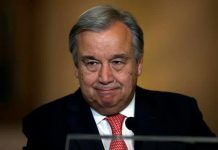 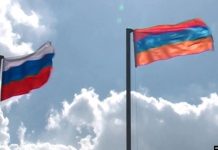