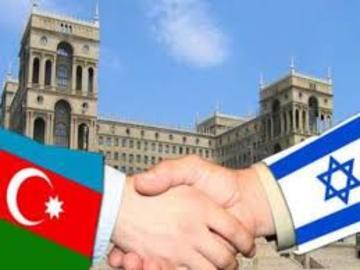 Baku / 29.06.19 / Turan: The draft US defense budget for 2020 bans the transfer of F-35 fighter jets to Turkey. The corresponding document was published on the US Senate website, RIA Novosti reports.

This information is relevant to Azerbaijan, as according to the Internet resource newsmab.com, the decision of the Americans to ban the supply of aircraft makes it impossible not only to supply Turkey with combat aircraft, but also to build a military factory in Turkey to repair and upgrade aircraft engines for the F-35.

In a new situation, a question arises about another place to build this plant. Israel is not suitable, because some Arab states, whose armies are armed with F-35 aircraft and also need engine repair, do not communicate with this country. Newsmab.com reports Israel”s lobbying of Azerbaijan as a state in which such a plant can be built without political damage to its products.

“Israeli representatives are lobbying in Washington for the construction of a factory in Baku to repair and upgrade aircraft engines for F-35 fighters. The difficulty of such a decision is that Azerbaijan is not a member of the F-35 aircraft development program. In addition, Azerbaijan is a close ally of Turkey and this creates additional moral and ethical problems,” the website reported.

In August 2018, the Israeli press (Hadashot 2 news service) reported that the leadership of the Israeli defense companies and the political leadership of Israel were negotiating with the US authorities and Lockheed Martin about the transfer of production of engines for fifth-generation F-35 combat aircraft from Turkey.

Production of parts F-35 is dispersed in different countries of the world. In particular, in Israel the concern Aviation Industry produces wings, and in Turkey there is a factory for the repair of engines.

In light of the conflict between the United States and Turkey, in which the supply of F-35 aircraft to Ankara has been frozen, Israel is trying to take advantage of the situation and get additional orders for the local defense industry.

The newspaper Maariv notes that Yair Lapid, chairman of the Yesh Atid party, initiated the talks. However, the hostility of Israel with some Arab countries makes the plant in Israel unpromising.

Official Baku does not comment on the possibility of building an aircraft factory in the country. However, there is experience in this industry in Azerbaijan. In 2018, a joint service center of the Russian Helicopters holding and the Azerbaijani Silk Way Helicopter Services began work in Baku. -0-