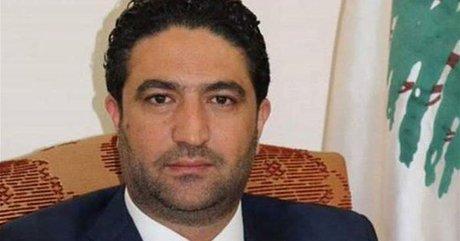 Two bodyguards were killed and a third was injured in an armed clash involving the convoy of State Minister for Refugee Affairs Saleh al-Gharib in the Aley town of Qabrshmoun on Sunday.

A Progressive Socialist Party supporter was also wounded in the incident.

The two bodyguards succumbed to their wounds in hospitals while the third bodyguard is said to be in a “very critical condition.”

Gharib was in the convoy but escaped unharmed.

Conflicting reports have emerged on who opened fire first.

Lebanese Democratic Party sources described the incident as an “armed ambush” and “an attempt to assassinate Minister Jebran Bassil.”

PSP sources meanwhile said Gharib’s convoy “forced its way as some young men were removing burning tires in the al-Shahhar area and the bodyguards opened fire.”

Voice of Lebanon radio (93.3) reported earlier that Gharib’s bodyguards exchanged fire with the gunmen after they opened fire on the convoy.

Gharib told An Nahar newspaper that he is “seeking pacification despite the bloodshed.”

He added that the gunmen are “well-known.”

VDL (93.3) said “more than ten gunmen from the PSP” opened fire heavily on Gharib’s convoy and that “things were militarily organized.”

Al-Jadeed television said Bassil intended to head to the town of Kfarmatta to meet with a Druze spiritual leader before calling off the visit, noting that his convoy was not in the Qabrshmoun area during the incident with Gharib’s motorcade.

LBCI television said Bassil had met with Gharib in the town of Shamlan where “everyone agreed on calling off the visit” to Kfarmatta and that Gharib’s convoy was attacked after he left the meeting.