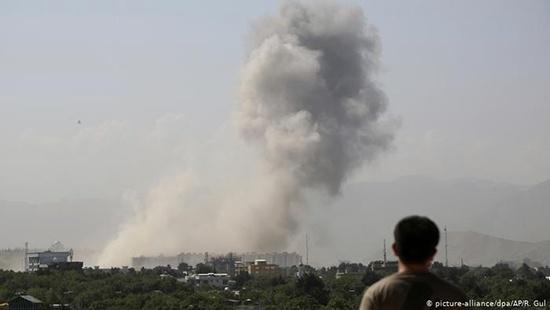 The blast rattled windows in the Afghan capital and smoke was seen billowing over the city. At least 65 people were injured in the explosion, which took place during rush hour.

A powerful blast from a car bomb rocked Afghanistan’s capital Kabul on Monday, shaking offices and sending a plume of black smoke up in the air.

No group immediately claimed responsibility for the explosion. Both the militant “Islamic State” (IS) and the Taliban are active in Kabul.

Kabul has been relatively quiet in recent months following a spate of deadly blasts, many of which were claimed by IS.

The explosion comes just days after the United States and the Taliban re-opened peace talks in Qatar.